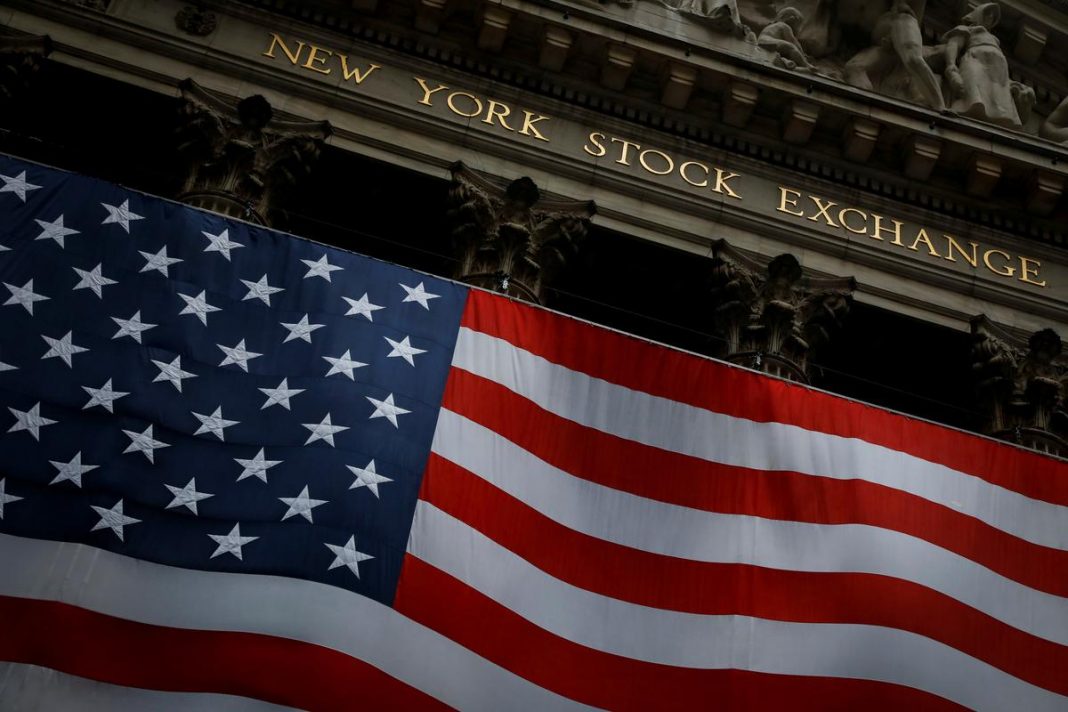 A 4.7% fall for Boeing Co drove the blue-chip Dow Jones Industrials down more than 1%, as European rival Airbus said it was examining requests to defer deliveries after a collapse in travel demand.

The Nasdaq outperformed the broader market with Amazon.com and Microsoft Corp boosting the tech-heavy index for the fifth session in six.

Wall Street has swung this week between hopes of a peaking in coronavirus cases and fears of the biggest economic slump since the Great Depression, as lockdown measures crushed consumer spending and business activity.

Latest data showed jobless claims fell slightly to 5.2 million last week from an upwardly revised 6.62 million the week before, but the total figure for the past month still topped a stunning 20 million.

“We are still struggling to grab a foothold on the deterioration of what’s going on,” said Andrew Smith, chief investment officer of Delos Capital Advisors in Dallas.

“The jobless claims number is better than what economists expected, but it’s still a little too soon to be extrapolating to the ‘all clear ahead’ road.”

After a 27% rally from its March lows, the S&P 500 index still stands 18% below its record high as first-quarter earnings kicked off with U.S. banks preparing for a wave of future loan defaults following a halt in business activity.

Analysts estimate earnings for S&P 500 companies slumped 12.8% in the first quarter, with U.S. economic growth expected to have contracted at its fastest pace since World War Two.

Trump is now expected to announce “new guidelines” for re-opening the economy at a news conference on Thursday, as he said data suggested the United States had passed the peak on new infections.

“What the market cannot price in perfectly is when the economy re-opens, what its nuances will look like and what its impact will be on corporate profits one quarter, two quarters and a year away,” said David Bahnsen, chief investment officer at Bahnsen Group in Newport Beach, California.

Morgan Stanley wrapped up earnings for the big U.S. lenders, reporting a plunge in quarterly profit as its advisory and wealth management businesses took a hit from the economic fallout of the pandemic. The bank subsector .SPXBK dropped 3.9%.

However, United Airlines Holdings Inc slipped 10.5% as the carrier said it cut its flight schedule by 90% for May and warned travel demand now “essentially at zero shows no sign of improving in the near term”.

The S&P index recorded 11 new 52-week highs and one new low, while the Nasdaq recorded 33 new highs and 21 new lows.