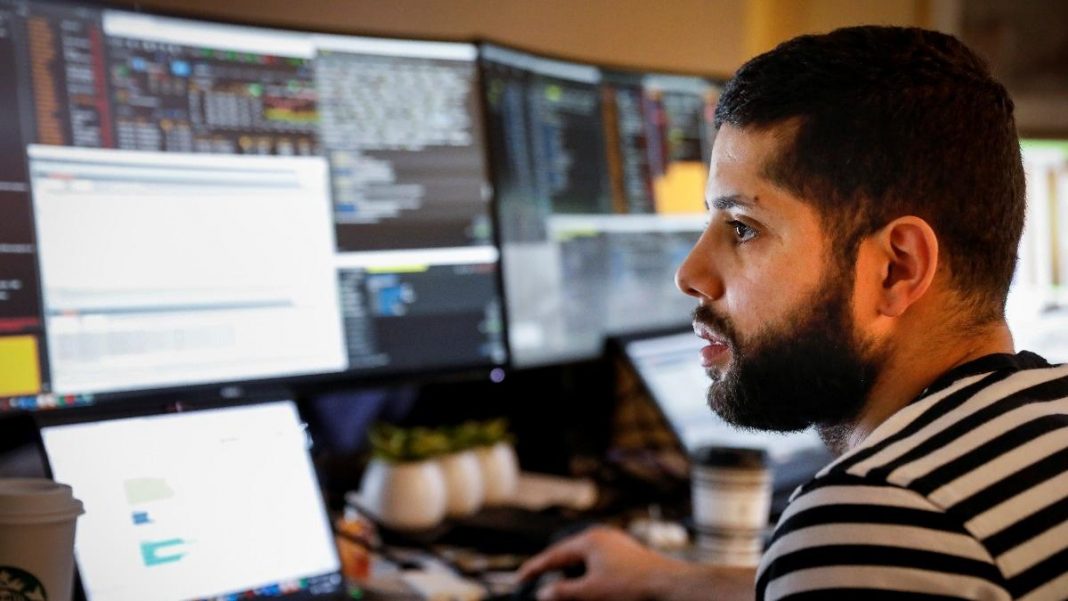 The pan-European STOXX 600 closed a volatile session 0.4% higher, recovering from a sink into negative territory.

The energy sector .SXEP was the biggest boost to the benchmark, tracking a surge in crude prices on reports that U.S. President Donald Trump expects Russian President Putin and the Saudi Crown Prince to announce an oil production cut. [O/R]

The sector jumped more than 5% on the day, with heavyweights Royal Dutch Shell (RDSa.L), Total SA (TOTF.PA) and BP (BP.L) adding between 3% and 9%.

Still, the U.S. unemployment figures pointed to deep economic ructions from the coronavirus outbreak, fanning concerns over a global recession after data on Wednesday showed factory activity crashing in the Euro zone.

“With most euro zone countries in partial or full lockdown, GDP contraction this year is likely to rival the Great Recession,” Peter Vanden Houte of ING wrote in a note.

“While the sentiment indicators for March were bad, they probably can be thrown in the bin immediately. After four months of increases, economic sentiment nosedived in March,” he added.

European travel and leisure stocks .SXTP were the worst performers for the day, with cruise operator Carnival PLC (CCL.L) plunging more than 20% as it readied a bumper capital raise to help tide it through severe curbs on its business.

Carnival bottomed out the STOXX 600 for a second straight session.

Hays (HAYS.L), one of the world’s biggest recruiters, slumped 13% after announcing an emergency 200 million pound ($248.36 million) issue of shares on Thursday.

In Europe, countries including Germany, Spain and Italy have extended lockdowns to try to halt the spread of COVID-19, and analysts expect another earnings recession this year with several firms withdrawing forecasts ahead of the reporting season.