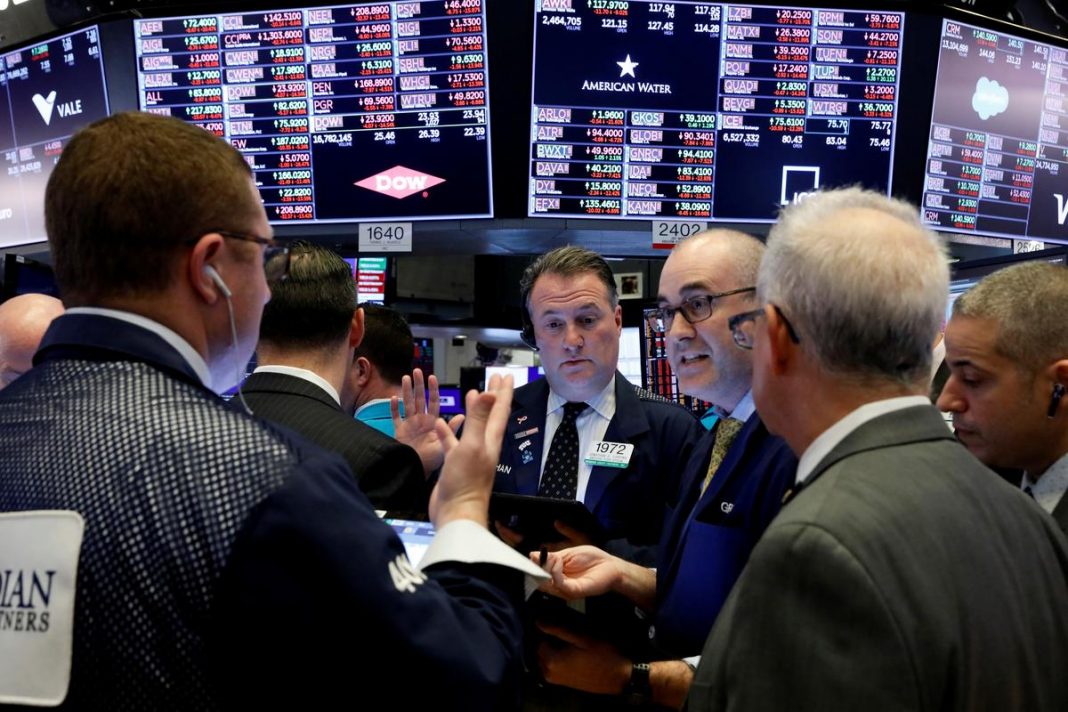 With the S&P 500 having lost around a third of its value in the recent selloff, investors may need to step up their equity purchases and sell bonds in order to maintain allocation targets.

A portfolio that had stock allocations at 60% and bond allocations at 40% in mid-February may now be more evenly split between the two asset classes, facilitating the need for some investors to shift exposure toward stocks.

“Given the many trillions of dollars in assets that follow some sort of multi-asset class approach, the coming rebalance could well be in the range of a few hundred billion,” Jurrien Timmer, director of global macro in Fidelity’s global asset allocation division, wrote in a note to clients this week.

Funds can raise stock allocations in several ways, including selling bonds to buy stocks, using the cash in their portfolios or putting fresh money toward equities, said Leo Acheson, director of multi-asset ratings at Morningstar.

From speaking with portfolio managers, Acheson said many have not been waiting for quarter-end to make adjustments and instead are revisiting their portfolios daily and adjusting the split between equities and bonds to maintain their desired risk exposure.

“As managers rebalance and reallocate toward equities to get back toward their strategic weights … that would be a support for equities,” he said.

U.S. stocks have bounced more than 17% from their lows this week following unprecedented stimulus measures from the Federal Reserve and U.S. Senate passage of a $2 trillion bill aimed at helping unemployed workers and industries hurt by the coronavirus pandemic. Few believe the volatility in markets has ended, as the outbreak’s trajectory remains uncertain and the economic fallout potentially massive.

Still, the Fed’s pledge to buy billions of dollars worth of bonds, including $75 billion in U.S. Treasury securities a day this week, may be a boon to those looking to rebalance.

“You are buying equities at significantly lower prices than they were and you are selling bonds that are being artificially bid up by the Federal Reserve,” said Michael O’Rourke, chief market strategist at JonesTrading in Stamford, Connecticut.

The flows generated by rebalancing appear to have a noticeable impact on asset prices, especially when bond performance trounces that of equities, as has occurred so far in March.

On average, the S&P 500 has climbed nearly 7% over the final five days of a month in which bonds outperformed stocks by at least 10% during the month’s first few weeks, according to Christopher Murphy, co-head of derivatives strategy at Susquehanna Financial Group, citing eight such previous occurrences in data back to 1990.

The iShares Core US Aggregate Bond ETF (AGG.P) has fallen just 1% so far in March, against an 11% slide in the S&P 500 .SPX, as of Thursday, though that performance gap narrowed this week.

Pensions, endowments and foundations – overseeing as much as $15 trillion in assets – are among those that often look to adjust their portfolios around quarter end, said Steve Foresti, chief investment officer at Wilshire Consulting.

“All else equal, these institutions are fairly significantly under their target weight to equities, meaning they need to purchase to get back to their target,” Foresti said. “There is no question there is some natural buying and selling around those rebalancing activities.”