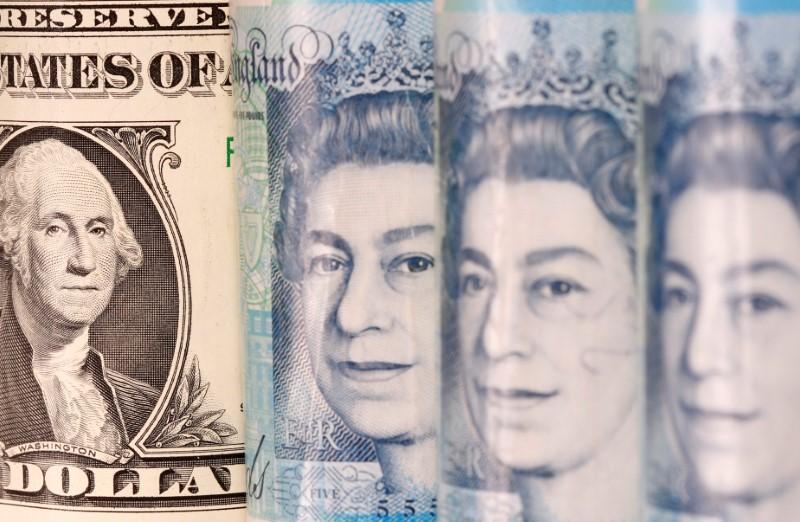 Sterling, along with most currencies, has seen a massive wave of selling against the U.S. dollar, the world’s most liquid currency and the safe haven of choice when confidence evaporates from financial markets.

It has also been hurt by concerns over Britain’s approach to dealing with the coronavirus outbreak, which has seen a more staggered disruption to economic and everyday life than in other countries.

Late on Monday, Prime Minister Boris Johnson ordered Britons to stay at home to halt the spread of coronavirus, imposing curbs on everyday life without precedent in peacetime.

Currency analysts said the outlook for sterling remained bearish, partly because of the country’s large current account deficit, although broad-based weakness in the dollar was giving the pound a respite for now.

“The direction for sterling is still down,” said Morten Lund, senior currency strategist at Nordea.

“The big current account deficit has hurt sterling, and so have idiosyncratic reasons such as the increase in coronavirus cases and Brexit uncertainty – although that has taken a back seat for now.”

Britain’s economy is shrinking at a record pace, faster than during the 2008-09 financial crisis, as businesses across the services sector shut up shop in face of the coronavirus, a survey showed on Tuesday.

The monthly Purchasing Managers’ Index – which was conducted last week before the government late on Friday ordered the closure of all pubs, restaurants and other businesses open to the public – points to the economy shrinking at a quarterly rate of 1.5-2.0%.

The data had little immediate impact on the pound, with analysts saying the sharp deterioration in economic activity sparked by the coronavirus outbreak has now been largely factored in by markets.

“The British pound is undervalued. We think it has appreciation potential, particularly against the U.S. dollar over our tactical investment horizon, if the UK embarks on a fiscal stimulus package,” UBS Wealth Management said in a note.

AUDUSD got a lift from RBA