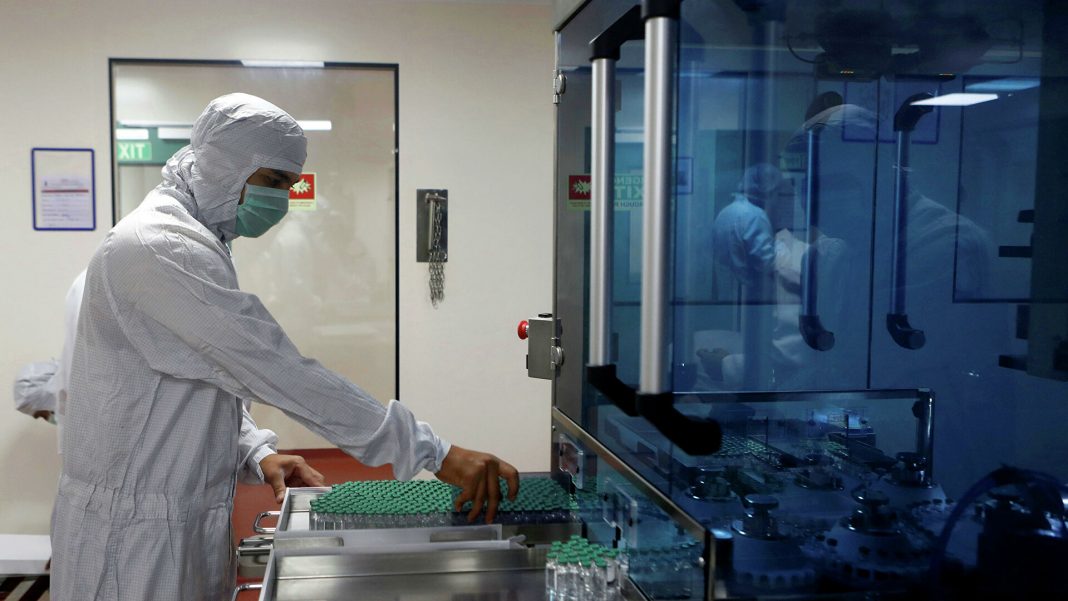 The European Union has suggested that drugmaker AstraZeneca divert supplies of its coronavirus vaccine from the U.K. to mainland Europe, as a battle over production delays and supply continues.

It comes after AstraZeneca told the EU last week that it would initially deliver far fewer doses of its Covid vaccine to the 27-member bloc than originally thought.

The EU demanded on Wednesday that the pharmaceutical giant fulfil its agreement to supply it with coronavirus vaccines, by whatever means necessary.

Health Commissioner Stella Kyriakides said talks with the company, which continued Wednesday, had been “constructive.” But she also tweeted that “contractual obligations must be met, vaccines must be delivered to EU citizens.”

She said in a statement that the EU had rejected the “logic of first come first served,” after AstraZeneca’s CEO blamed supply delays on teething issues at its European manufacturing sites, and said similar issues in the U.K. had been ironed out because it had ordered its vaccine dose three months earlier than the EU.

In a press briefing, Kyriakides said there was “no hierarchy” in the production plants named in its advance purchase agreement with AstraZeneca, and no stipulation on which ones would or wouldn’t supply the EU.

“In the contract there are four factories listed but it does not differentiate between the U.K. and Europe. The U.K. factories are part of our advance purchase agreement and this is why they have to deliver,” she said. There was no clause in the contract stating that the drugmaker would prioritize the U.K., she added.

It marks the latest development in the very public argument between the EU and AstraZeneca, as the latter confronts problems at two of its European plants.

The British-Swedish company’s CEO Pascal Soriot stoked tensions further on Tuesday when he said in an interview with Italy’s La Repubblica newspaper that its agreement with the EU was a “best effort” one and not a “contractual commitment.”

The EU hit back, demanding that the drugmaker present detailed plans over its delivery schedule. One official explicitly asked AstraZeneca to divert doses made in the U.K. to the EU, although the company did not respond to this issue, according to a Reuters report.

In the Tuesday interview Soriot said: “The U.K. government said the supply coming out of the U.K. supply chain would go to the U.K. first. Basically, that’s how it is. In the EU agreement it is mentioned that the manufacturing sites in the U.K. were an option for Europe, but only later.”

The EU is struggling to get its vaccination drive into gear as it lacks supplies. It was first dealt a blow by vaccine maker Pfizer-BioNTech, which announced that it had to temporarily lower production in order to upgrade its manufacturing capacity in Belgium. This was then followed by AstraZeneca last Friday reducing its delivery estimates for the region.

One unnamed senior EU official told Reuters that the bloc expected about 80 million doses by March, but had been told it would receive only 31 million doses instead. The company has not confirmed the quantities involved.

The European Medicines Agency is expected to approve the AstraZeneca vaccine for use on Friday.

So far, the U.K. has vaccinated over 7.1 million people with a first vaccine dose, and almost half a million have received their second dose, meaning it has carried out more immunizations than German, France, Italy and Spain combined, according to Our World In Data figures.