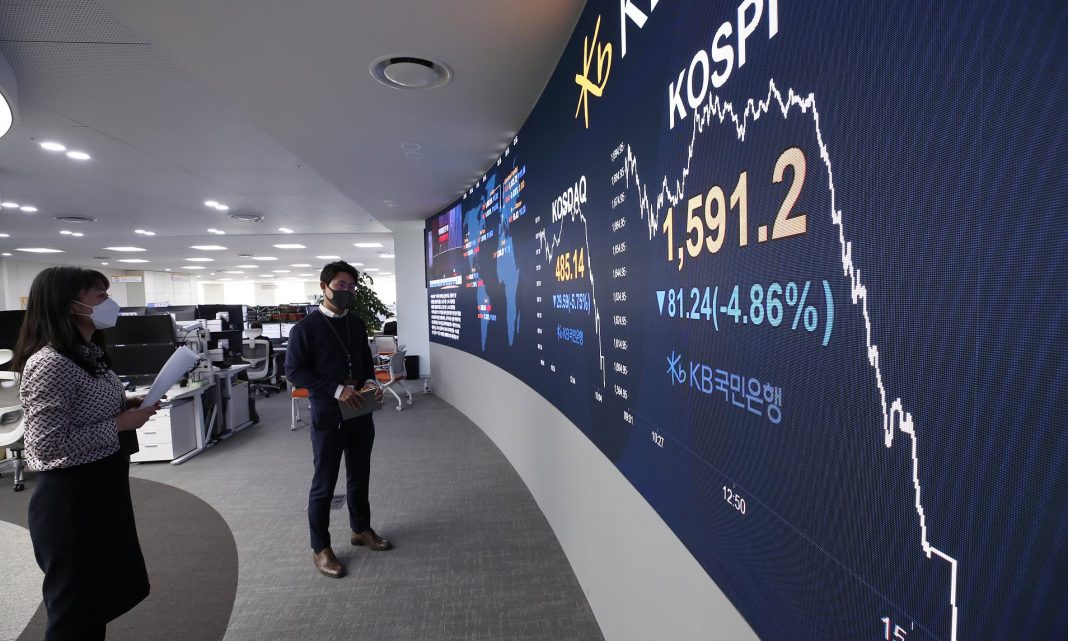 The overall sentiment, however, was still fragile as lockdowns in Europe and the United States fanned concerns about the widening epidemic and whether policy support would be adequate enough to contain the economic fallout.

The Nikkei’s volatility index, a measure of investors’ volatility expectations based on option pricing and considered to be a fear gauge, dropped 0.6% to 56.32, but was still not far from Monday’s nine-year peak of 60.86.

The broader Topix rose 2.7% to 1,302.39 by the midday recess, moving further away from a near four-year trough touched on Tuesday.

All but three of the 33 sector sub-indexes on the Tokyo Stock Exchange traded higher, with chemicals, sea transport and precision machinery being the top three performing sectors.

The BOJ bought a record 120 billion yen ($1.12 billion) of Japanese stock ETFs on Tuesday, even though the broader market index rose in the morning. ($1 = 107.2800 yen) (Reporting by Tomo Uetake; Editing by Subhranshu Sahu)