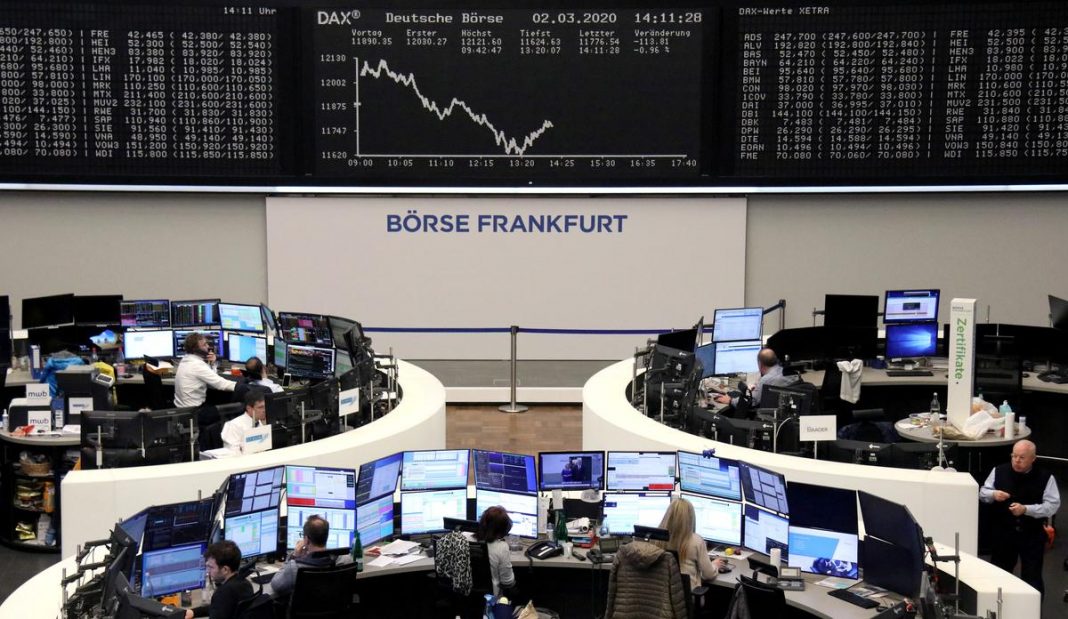 The Fed’s 50 basis points cut on Tuesday caught Wall Street off guard as it magnified the economic impact of the coronavirus and prompted questions over the efficacy of monetary easing.

However, traders now see a 90% chance the ECB will cut rates next week too, though a central bank policymaker Francois Villeroy de Galhau on Tuesday called on governments for more fiscal help.

“It’s quite clear that central banks are keen to try and arrest any decline they see, and that makes the likelihood of fiscal loosening in certain areas higher.”

Dialog Semiconductor (DLGS.DE) jumped 4.3% after it predicted the chip supply chain and contract manufacturers to return to normal in the second quarter after disruption caused by the epidemic.

Travel and leisure index .SXTP posted small gains as hotel and airline stocks continued to decline on concerns over demand.

All the main regional indexes rose more than 1%. Italian shares .FTMIB rose even as health authorities said they may set up a new quarantine red zone to try to contain the outbreak in Europe’s worst-hit country.

Investors also shrugged off the final reading on euro zone business activity for February that painted a gloomier outlook amid supply chain disruptions due to the outbreak.