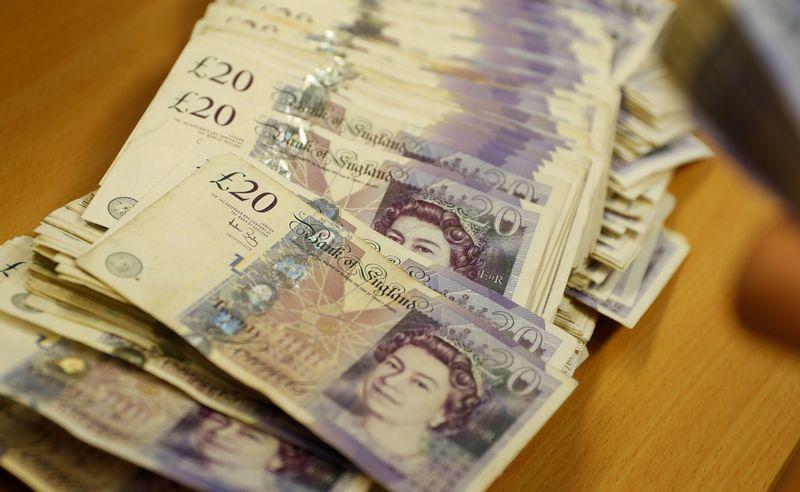 Around 100 UK officials were in Brussels for the first round of talks with the EU’s executive arm, the European Commission, which are due to last until Thursday. Half a trillion euros’ worth of annual trade and close security ties are at stake in what are bound to be tense talks.

The EU wants to give Britain beneficial access to its single market of 450 million people in exchange for guarantees that London would prevent dumping.

But Prime Minister Boris Johnson has said Britain will not be bound by EU rules or the jurisdiction of its top court — all necessary, in the EU’s view, to ensure fair competition.

“All you need is one negative comment from a government official. The fact that that’s a possibility has dissuaded a large chunk of sterling buyers.”

The pound also hit four-and-a-half-month lows last week against both the dollar and the euro as fears of the economic damage from the spreading coronavirus prompted a selloff in global markets.

The Bank of England said it was working with Britain’s finance ministry and international partners to make sure “all necessary steps are taken” to protect the banking system and the broader economy.

Signs that the global impact of the coronavirus is starting to weigh on a post-election recovery in Britain’s manufacturing came on Monday as factories reported bigger delays in their supply chains.

The IHS Markit/CIPS purchasing managers’ index (PMI) rose to 51.7 from the no-change level of 50.0 in January. That was its highest since April, but slightly weaker than February’s “flash” reading of 51.9.

Elsewhere, there were still signs of strength in the UK economy. British lenders approved the highest number of mortgages for house purchase in nearly four years in January, Bank of England figures showed on Monday, confirming a pick-up in consumer demand at the start of 2020.