Home Economy Goldman now sees the Federal Reserve getting even more aggressive in the... 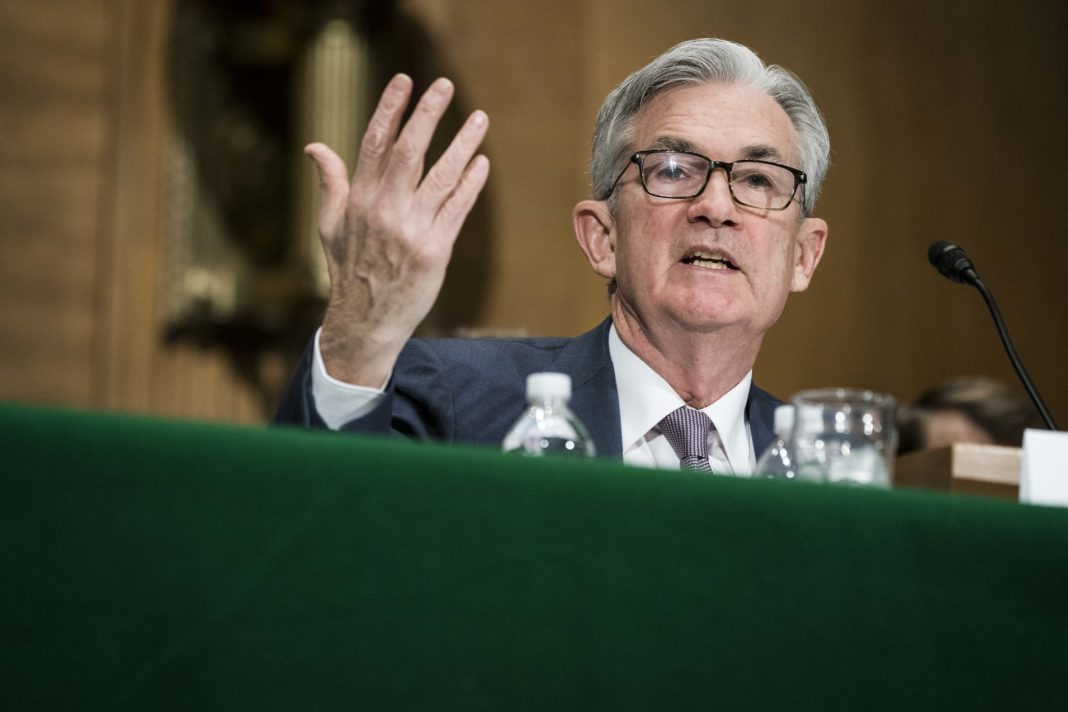 With fears over a global slowdown intensifying, the Fed likely will announce a 50 basis point cut at its March meeting, if not sooner, the firm said. In all, Goldman sees the Fed cutting 100 basis points this year, which is an increase from just Friday, when it saw a cut of 75 basis points.

The call comes as the Goldman Sachs Analyst Index falling 7.4 points to 47 in February, which indicates economic contraction. Sales and orders fell into contraction, while output and material prices as well as wages and exports all pulled back though inventories increased. Respondents “cited the virus as a major headwind, and a few analysts noted that a prolonged outbreak could lead to supply chain disruptions in their industry,” the firm said.

“Even relative to some of our new policy rate forecasts, we think the risk is on the downside, at least in terms of timing. Specifically, we see a high risk that the easing we expect over the next several weeks occurs in coordinated fashion, perhaps as early as the coming week,” Jan Hatzius, Goldman’s chief economist, said in a note.

The projection is in line with market pricing, which sees a likelihood that the Fed will cut at least 100 basis points, or 1 percentage point, by the end of 2020.

That’s contrary to the public statements of Fed officials, who have said they see U.S. economic growth as strong and policy in a good position to brace against any slowdowns domestically or abroad.

However, Fed Chairman Jerome Powell released a statement Friday afternoon saying that he recognizes that the novel coronavirus “poses evolving risks” to the economy and that officials will “will use our tools and act as appropriate to support the economy.”

While that statement was largely in accord with what Powell and other policymakers have been saying for the past several months, the timing sent indications that more easing could be on the horizon.

“Chair Powell’s statement on Friday suggests to us that global central bankers are intensely focused on the downside risks from the virus,” Hatzius wrote. “We suspect that they view the impact of a coordinated move on confidence as greater than the sum of the impacts of each individual move.”

Former Fed Governor Kevin Warsh told CNBC on Friday that the Fed and other global central banks should act in unison, suggesting that an announcement should come before Asian markets open Monday morning New York time.

The Goldman forecast is for the Fed cuts to come along with 100 basis points of reductions from Canada as well as 50 basis points from the UK, Australia, New Zealand, Norway, India and South Korea, as well as a 10 basis point reduction from the European Central Bank and the Swiss National Bank.

Interest rate cuts are generally used to combat demand shocks, whereas the initial impacts from the COVID-19 scare indicate an impact on supply chains from China and potentially elsewhere.

“We agree with this point,” Hatzius wrote, “but think that central bankers will still want to do their part to support the economy, especially at a time when few of them worry about inflation rising too much. This implies that if the news on the virus and the economy remains negative in the near term, central banks may well react aggressively even if the impact on economic growth is limited.”