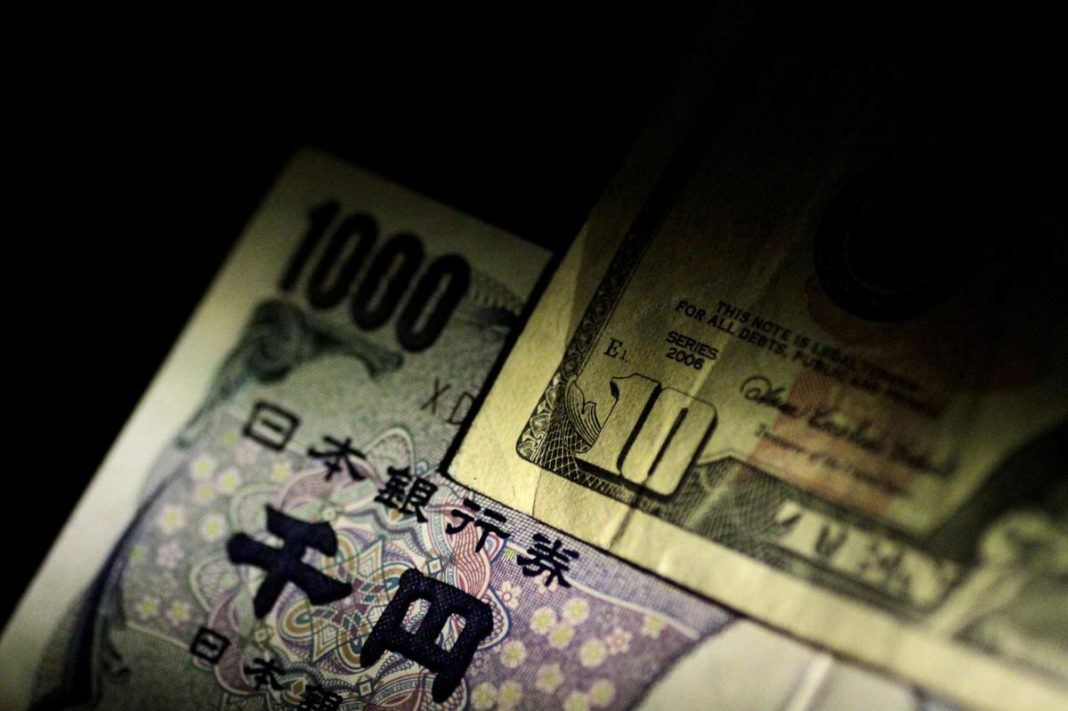 Though it barely budged on Friday, the yen has lost 2% against the dollar in the previous two days, due to weak Japanese economic data and coronavirus worries.

China reported an uptick in infections from a virus that has already killed more than 2,200 people there and paralyzed its economy.

South Korea reported 52 new cases, lifting its national total by a third to 156. Japan has reported new deaths and, along with Singapore, stands on the brink of recession.

“Market participants are getting anxious over the spread of COVID-19 in other countries now,” said Johanna Chua, emerging markets Asia economist at Citi in Hong Kong.

“The risk sentiment in Asia deteriorated rapidly. The weakness was most felt in emerging markets Asia FX.”

Both are heavily exposed to China via trade and have lost 6% since the start of the year. The tourism-exposed Thai baht THB= has dropped 5.5% while the Korean won KRW= and Singapore dollar SGD= have shed more than 4%. [EMRG/FRX]

Against a basket of currencies, the dollar is sitting just below a three-year peak hit overnight =USD.

Yet amid the flight that pushed gold to a seven-year peak and U.S. treasury 10-year yields below 1.5%, the yen merely nursed its losses at 112.00 per dollar.

“New cases in (South) Korea and in Japan, (have) obviously given some people a little bit of cold feet regarding Japan and the yen as a safe haven,” said David Bloom, global head of FX at HSBC.

“They’re thinking: ‘Maybe Swissy and gold are better’. So there is a little bit of scratching of heads, there’s no doubt about it,” he said, adding he was not yet prepared to abandon the idea of the yen as a safety play.

Should European Purchasing Managers’ Index data show similar softness, another round of dollar buying may be in the offing.

“The U.S. is simply less exposed to any slowdown in global trade, and in terms of currencies it’s the obvious candidate in terms of relatively limited impact from coronavirus,” said Westpac FX analyst Sean Callow.

“If European business takes fright at coronavirus concern, that could be a fresh cause of dollar buying across the board.”

The euro sank to a three-year low this week and last traded at $1.0790 EUR=. The pound is a fraction firmer than an almost three-month low touched overnight at $1.2890 GBP=.