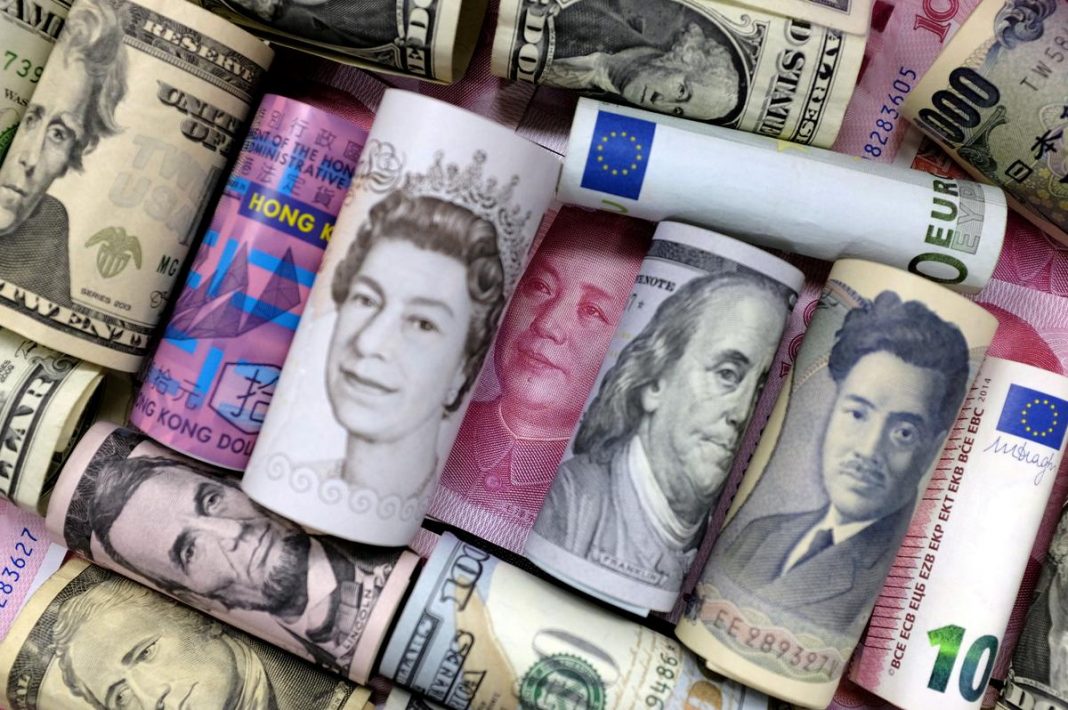 The dollar index .DXY had gained 0.65% in the last two weeks as investor sold off risk assets. Coronavirus fears persisted, however, with the World Health Organization declaring the epidemic a public health emergency of international concern. [nL8N29Z82Q]

Investors’ flight from risk lifted the Japanese yen JPY= 0.21% and the Swiss franc CHF= 0.36%, but the U.S. economic data was bleak enough to depress the dollar’s safe-haven appeal. The index was last trading down 0.14% on the day at 97.858.

The American economy missed the Trump administration’s 3% growth target for a second straight year as the slump in business investment deepened amid damaging trade tensions, the Commerce Department reported.

Growth in consumer spending, which accounts for more than two-thirds of U.S. economic activity, slowed to a 1.8% pace after rising at a brisk 3.2% rate in the third quarter. Personal consumption expenditures (PCE) factor into the Federal Reserve’s policymaking, and expectations of an interest rate cut in March rose from 7.2% yesterday to 17.7% today, according to CME Group’s FedWatch tool.

“The Fed message yesterday was consistent with tolerance for higher inflation – that depresses U.S. real rates and that’s not great news for the dollar. The soft components of GDP, particularly core PCE deflator would point you in the direction of lower Fed policy,” said Daniel Katzive, head of foreign exchange strategy for North America at BNP Paribas.

“The only reason that GDP perhaps looked relatively healthy was because of something that’s actually quite poisonous for the U.S. economy: a slump in domestic demand and a sharp but unsustainable rise in exports. That’s not something that is attractive to the forward-looking participants that make up the foreign exchange market,” said Karl Schamotta, chief market strategist at Cambridge Global Payments.

The Chinese yuan in the offshore market CNH=, a barometer of risk sentiment towards Chinese assets as mainland and Hong Kong markets are shut, tumbled to a one-month low, breaking through the technically significant 7 yuan per dollar level. It was last 0.31% weaker to 6.990.