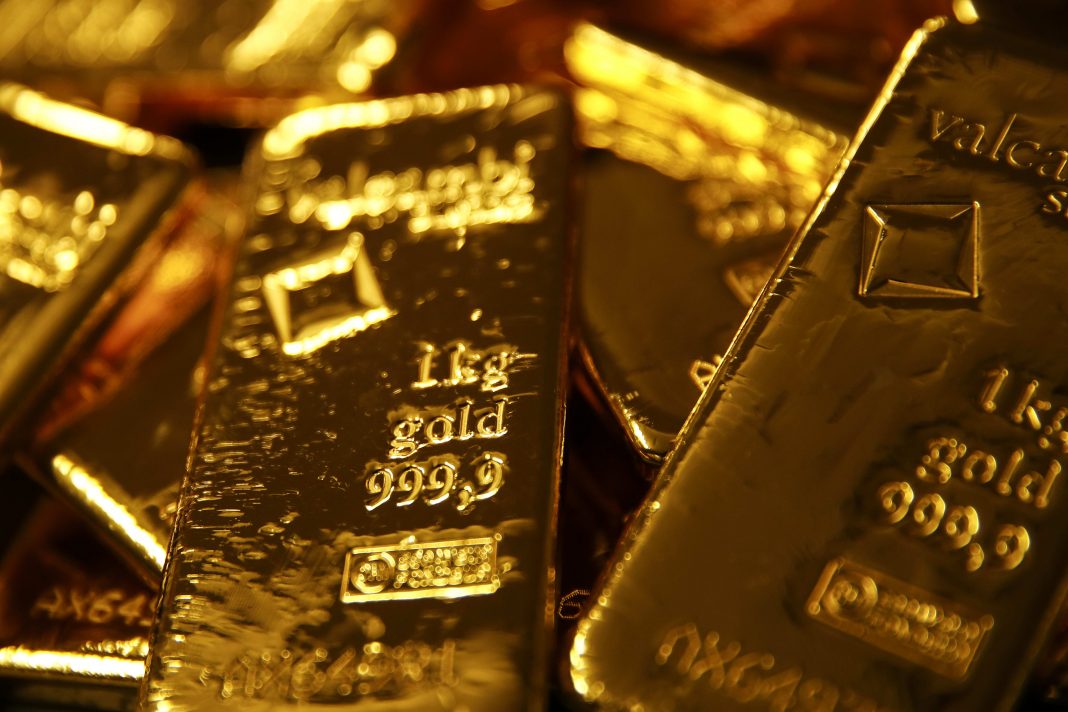 Gold is on the defensive on Monday, losing ground after a rise for the second week in a row. After a massive sell-off on Friday, stock markets resume the rise at the start of a new trading week, as Chinese authorities announced a round of economic measures in an effort to curb the negative impact from the spreading of a coronavirus. As such, China’s central bank has announced it will inject $174 billion into markets via reverse repo operations as the outbreak of a coronavirus has killed more than 300 people and infected nearly 15,000 already.

Liquidity measures along with dollar recovery attempts put the precious metal under pressure following gains on Friday. The prices managed to refresh three-week highs around $1,592 at the start of the day and were rejected quickly, as market sentiment started to improve ahead of the European session. Regional indexed are trading in a positive manner, with US stock index futures pointing to an upbeat open following a decent decline late last week. Within a local downside correction, gold prices are trying to hold above the $1,570 region.

Despite the current bearish correction, the bullion may yet attract demand as the developments surrounding the coronavirus still leave much to be desired, and the spread of the decease doesn’t show any signs of slowing down so far. In other words, risk aversion may reemerge at any point and send the yellow metal above the $1,600 psychological handle. Should the prices extend the decline in the near term, gold may receive support probably around the $1,560 region, as these levels look more attractive for initiating fresh long positions.

In the longer run, the metal could capitalize on the so-called Chinese factor as well. The spread of the decease hurts the country’s economy and may be reflected in the economic data for January, which will cause concerns over the health and the outlook for the country’s economy. As such, it is possible that gold will manage to get back above the $1,600 figure and challenge highs around $1,611, registered nearly one month ago for the first time in seven years.

Bitcoin at Crucial Point: When Will the Reverse Take Place?