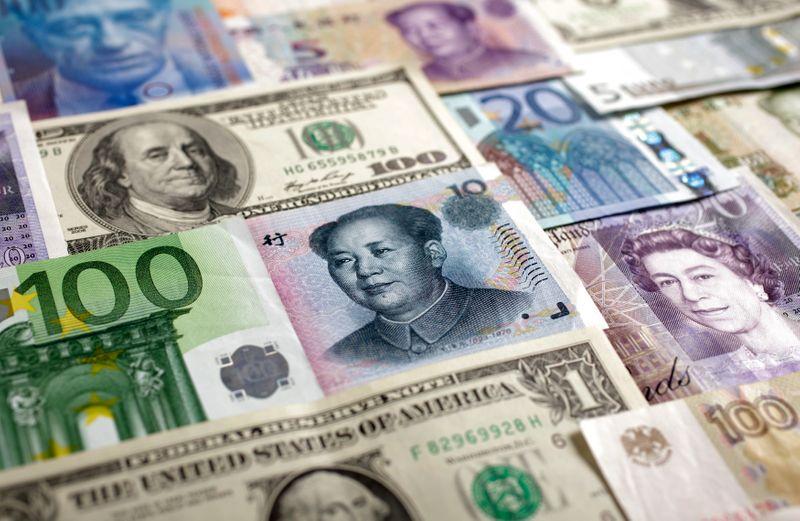 The safe-haven yen fell to two-week lows against the dollar on Thursday, as the United States and Iran moved away from an all-out conflict, prompting investors to take on more risk and shift focus to an upcoming U.S.-China trade deal and a U.S. non-farm payrolls report.

U.S. President Donald Trump responded to an Iranian attack on U.S. forces with sanctions, not violence. Iran offered no immediate signal it would retaliate further against a Jan. 3 U.S. drone strike that killed its senior military commander.

“After yesterday’s press conference and after it looked like Iran was not trying to escalate things, we are now getting back to the status quo that we saw before the Iran situation,” said John Doyle, vice president of dealing and trading, at Tempus Inc in Washington.

The yen, a safe haven in times of geopolitical turmoil because of its deep liquidity and Japan’s current account surplus, reversed gains against the dollar after Iran’s missile strike. The dollar was last up 0.4% at 109.51 yen, after hitting 109.57 yen, its highest since Dec. 27.

Gold prices retreated further from a near-seven-year peak scaled in the previous session.

Implied volatility gauges for euro/dollar are falling back toward late 2019 lows, according to Reuters analysts.

Three-month implied volatility in euro/dollar fell to 4.27% at the end of November, its lowest level on record.

Focus is expected to shift back to the global economy, with expectations the United States and China will sign a trade deal next week providing underlying support for risk assets.

Investors think the deal will clear one of the world economy’s biggest uncertainties and help boost global growth this year, although some think that view is too optimistic.

Market participants are also looking ahead to Friday’s U.S. non-farm payrolls report, with forecasts of 164,000 new jobs in December, from 266,000 the previous month.

“The forecast of 160,000 jobs or so is not a big number so I think there is a little room for an upside surprise,” said Tempus’ Doyle. “I will be looking at November’s number of 266,00 – whether that will be revised.”

In other currencies, China’s yuan rose to a five-month high of 6.9175 against the dollar overnight in the offshore market, boosted by a steady inflation readout.

The Swiss franc was little changed against the dollar, which was last at 0.9734 franc .