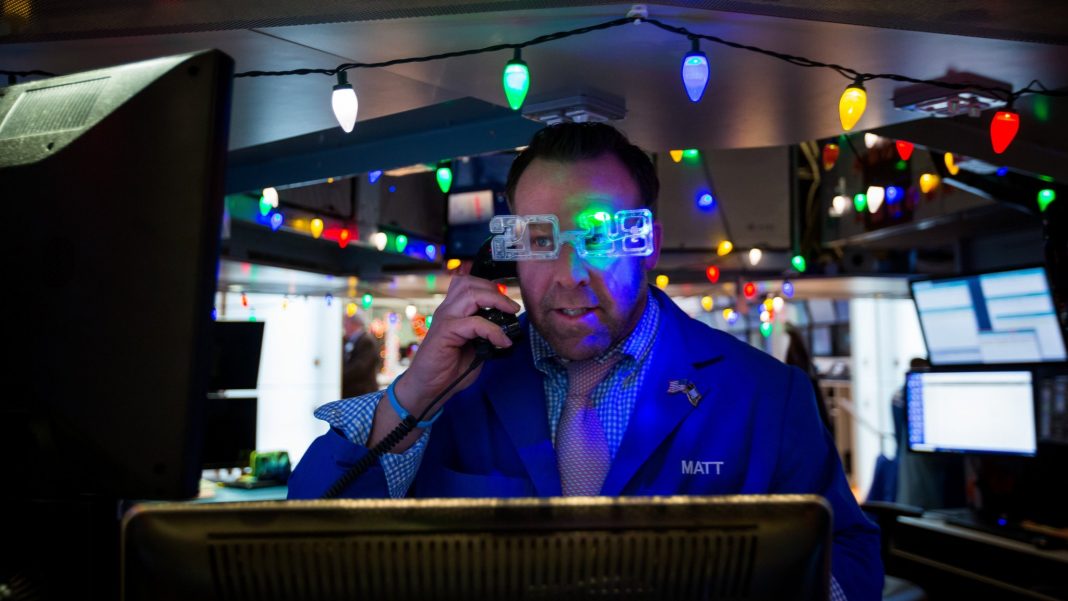 Despite fresh positive headlined on trade, global stocks turned lower during the last trading year of the year. Following a bearish correction in Wall Street, Asian markets were down in thin trading as investors take profit after a massive rally this month. By the way, US indices had their worst trading session in nearly a month, correcting lower from all-time highs.

Top China trade negotiator Liu He said on Monday that he will visit Washington this week to sign the preliminary trade deal. He is expected to lead a trade delegation to Washington on Saturday. However, Chinese foreign ministry offered no comment on Liu He travelling to Washington this week. Anyway, investors have already priced in a phase one deal and start to wonder what steps the two sides will make further.

In Europe, most of the markets will remain shut today for New Year’s Eve. Some of the markets will have short sessions. In early trading, regional stocks are lower amid the continuing profit taking, which looks reasonable after an impressive rally this month against the backdrop of a breakthrough in the US-China trade negotiations.

Still, global equity markets could resume the ascent after a pause in thin holiday trading if Washington and Beijing sign a phase one trade deal this weekend. At the same time, after a positive knee-jerk reaction, investors may shift to profit taking within the strategy “buy the rumor, sell the fact”. Anyway, following the current holiday lull, market volatility will likely pick up in January as investors will focus on further trade developments and the outlook for the global economy. In the near term, the downside pressure will likely persist in the global markets, with oil prices correcting lower from fresh September highs as well. Brent was rejected from the $67.55 area and has settled around $66.50, holding above the $66 support area.

All eyes on Fed and dollar