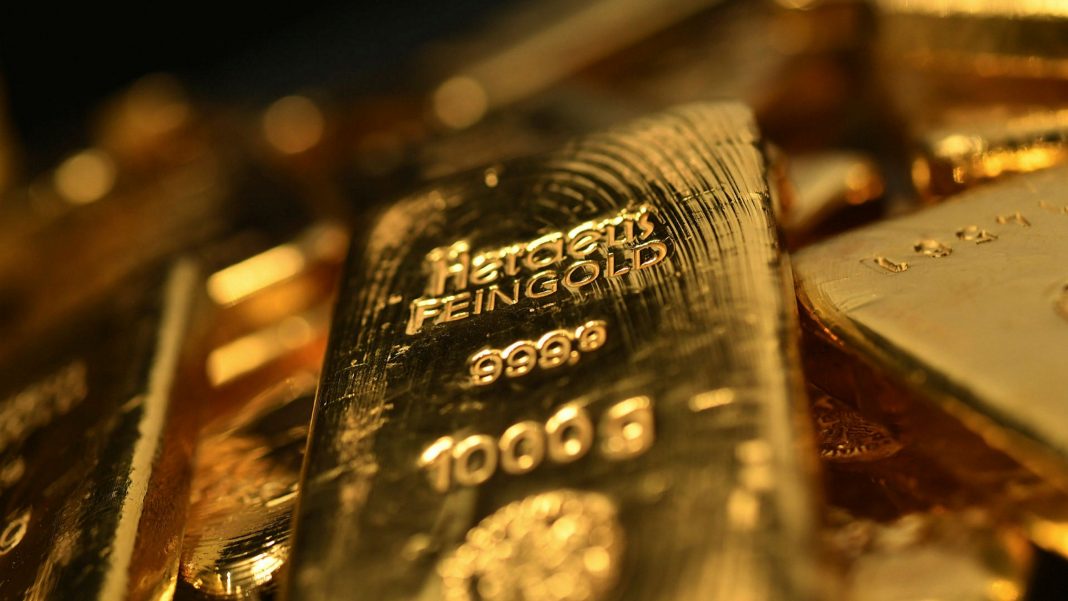 Gold prices rose on Friday after two days of declines, with the bullion gaining some positive traction, moving moved away from one-month lows registered around $1,860. The local uptick is supported by a relatively subdued price action surrounding the greenback and somehow weaker risk sentiment.

Despite a mild positive bias, the precious metal lacks follow-through, staying shy of the 100-DMA that turned into resistance after the recent sell-off. In general, market dynamics also looks subdued amid the uncertainty over the outcome of the US presidential election that is lending some support to the dollar-denominated commodity today.

Also, the non-yielding yellow metal benefited from sliding US Treasury bond yields and concerns about the economic fallout from new restrictions in several countries.

Gold managed to erase yesterday’s losses but still lacks the impetus to challenge the mentioned moving average at $1,890, followed by the $1,900 key handle where the 20-DMA lies. On the negative side, there is a bearish break below 100-day SMA for the first time since March. On the positive side, the daily RSI has regained a bullish bias. In general, the latest dynamics warrants some caution for bullish traders. Especially ahead of the US presidential election due next week.

On the weekly charts, the bullion derailed the 20-SMA for the first time since March sell-off, which is also a bearish sign. Furthermore, the prices are yet to recover above this moving average that now acts as the immediate resistance. Also, the longer the prices stay below the $1,900 handle, the higher the downside risks are.

On the four-hour charts, the technical picture looks more upbeat, with the RSI is pointing sharply higher. However, the precious metal is yet to regain the 20-SMA around $1,885. As of writing, the metal was changing hands around $1,880, up 0.74% on the day. The immediate support arrives at $1,860, followed by late-September lows around $1,948.