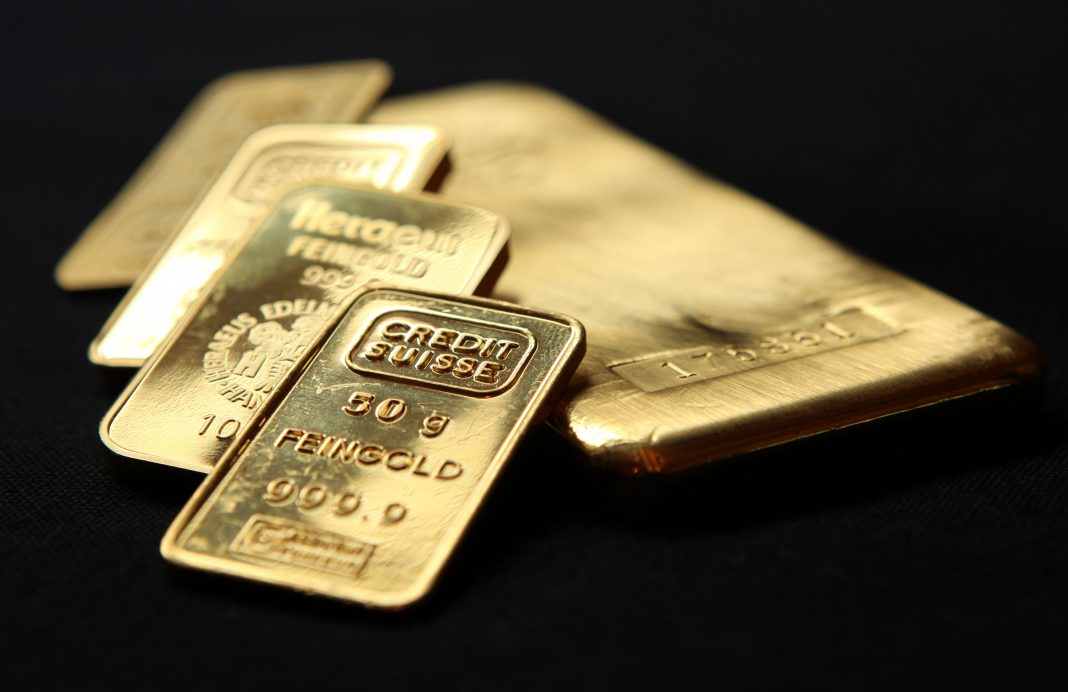 Gold prices extend gains since the start of the week. On Tuesday, the bullion rose to 1.5-month highs around $1,492, where the 100-DMA lies. This line serves as a critical point for the market as a rise above is will mark a confirmation of a local breakout.


The latest wave of demand for the safe-haven precious metal was driven by a combination of weaker-than-expected economic data out of the United States and some concerns over the US-China trade deal. Traders were disappointed by the news that orders for non-durable goods barely rose last month, which in turn raises questions over business investment in the world’s largest economy. Meanwhile, investors cheer the progress towards a phase one trade deal but the lack of details and further progress in resolving the remaining key issues cap the optimism and thus support demand for the yellow metal despite Wall Street indices continue to refresh all-time highs. As such, in an environment of the remaining global uncertainty, gold could gain further in year-end flows, or at least is unlikely to decline substantially any time soon.

In the context of US-China trade relationship, the key risk event for the bullion next month is the formal signing of a partial deal. The metal could dip in a knee-jerk reaction but there is a possibility that afterwards, investors will rush to “sell the fact”, especially if the markets are not impressed by the details of the agreement. Besides, the risk of another escalation in the conflict still persists.

From the technical point of view, the daily charts show that gold prices have been in a steady recovery for the last two weeks. Once a break above the mentioned moving average is confirmed, the bullion will target the key $1,500 psychological handle. However, to challenge this threshold, the yellow metal needs to see an outright risk aversion which is unlikely to happen any time soon.  On the downside, the immediate important support comes around the $1,480 handle which capped the upside attempts previously. In the immediate term, gold may need some additional drivers to challenge the mentioned 100-daliy moving average.