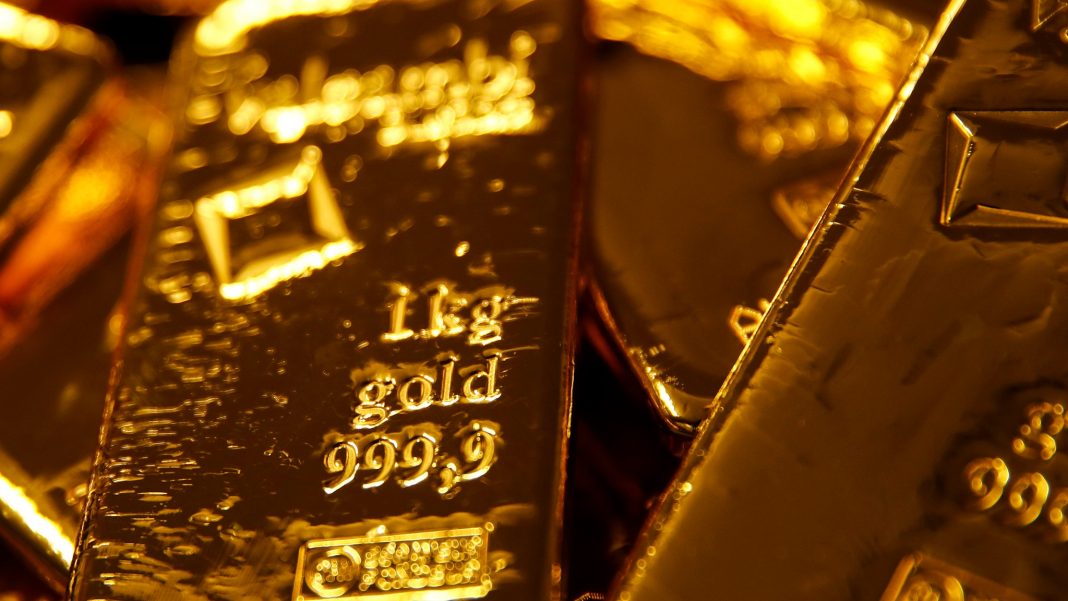 After a decline by 0.2% yesterday, spot gold looks directionless on Thursday. The sideways dynamics is seen amid the remaining uncertainty in the US-China trade relations and also ahead of OPEC meeting. Earlier in the week, the yellow metal derived support from Trump announcement that a trade deal with China might be delayed until after the 2020 presidential election. Now, the upside is capped by the reports that the trade negotiations between the two countries were going very well.

After a rejection from nearly one-month highs registered yesterday around $1,484, the bullion slipped back and now holds at $1,475. The bullish attempts are capped by the 100-DMA which now lies at $1,486. This level is seen as the key immediate resistance, a break of which depends on the developments in the US-China trade talks. On the other hand, the fact that the yellow metal continues trading above the $1,450 zone suggests some bears may nave exited the market.

In the short term, investors will continue to closely monitor news headlines out of China and the United States. Earlier today, China commerce ministry confirmed that the authorities are in close contact with the US on trade. The statement helped to somehow lift market sentiment but lack of details still makes investor cautious. Against this backdrop, gold prices are looking directionless in the short term. The technical picture in the weekly charts remains nearly the unchanged, with prices see a consolidation since a massive plunge in early-November.

Of note, the news from OPEC could affect gold prices these days as well. Should the OPEC+ group disappoint oil bulls and fail to arrange deeper production cuts, risk aversion will reemerge, which in turn could revive safe-haven demand for the precious metal. In this scenario, spot gold could challenge the previous highs and even test the above mentioned moving average, depending on the scale of a potential sell-off in the oil market. In a wider picture, the outlook for gold still hinges on the fate of the trade deal between Washington and Beijing.

Oil gains but struggles to extend the upside momentum