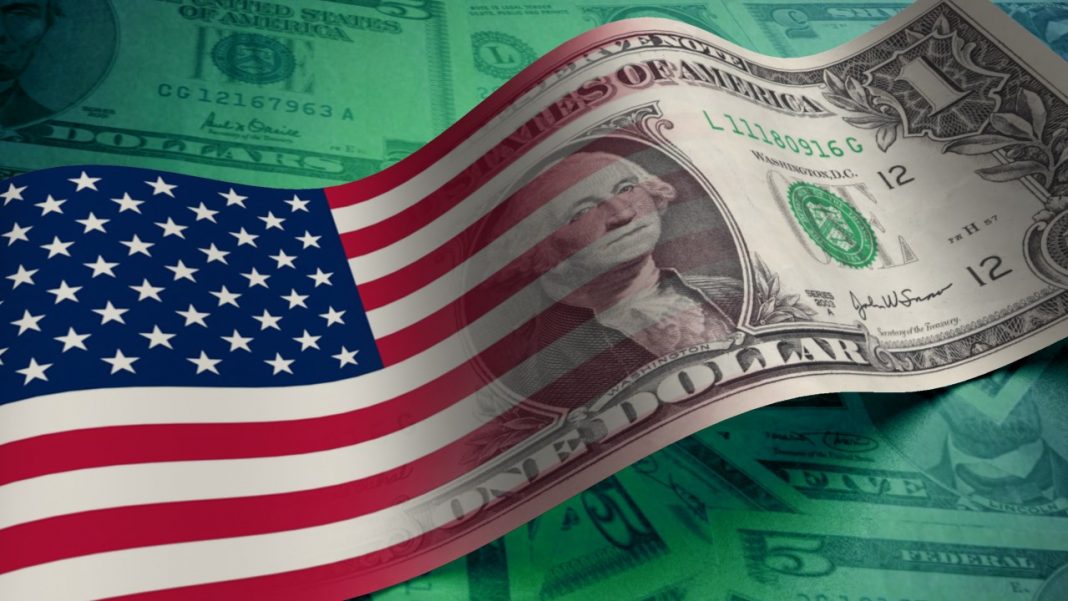 Dollar gained across the board after a series of fresh updates out of the United States painted a fairly positive economic picture. The two key metrics – GDP and durable goods orders – both exceeded estimates, with the latter serving as the main driver for dollar bulls. Core durable orders unexpectedly jumped 1.2% versus the expected 0.2% decline. Such a spectacular rebound suggests business investment could improve decently as well.

The GDP rose to 2.1% in the third quarter from 1.9% in the advanced estimate. Despite the growth is mostly due to inventory accumulation, the reading itself, which exceeded a 2%-threshold, is also a positive sign from the US economy. Furthermore, weekly initial jobless claims declined to 213K from 227K versus 221K expected. As such, the report confirmed that the country’s job market remains strong and healthy.

Against this backdrop, cheering the reports that pointed to strength of the US economy, the dollar jumped to intraday highs as recession concerns eased substantially. The figures the relevance of the Fed’s current stance on monetary policy as the central bank decided to take a pause in cutting rates after three easing actions this year.

Moreover, should the inflation indicators shift to a positive trend some time later, the Federal Reserve could reverse the course and resume hiking rates. Still, its too early to expect this shift as the monetary authorities need to see a substantial rise in consumer prices before even start thinking about tightening. By the way, the proxy for inflation, PCE deflator, came in at 1.3%, slightly lower than +1.4% expected. Core PCE was at +1.6% versus +1.7% expected. The numbers can be taken as a sign that the Fed will be encouraged to keep rates lower for longer.

The dollar trimmed intraday gains marginally after this portion of updates but remained elevated anyway, as growth numbers are more important for markets than inflation at this point. As such, EURUSD climbed back above the 1.10 handle after a brief dip below the key support level. The pair remains under a bearish pressure anyway and could suffer further losses in the near term.