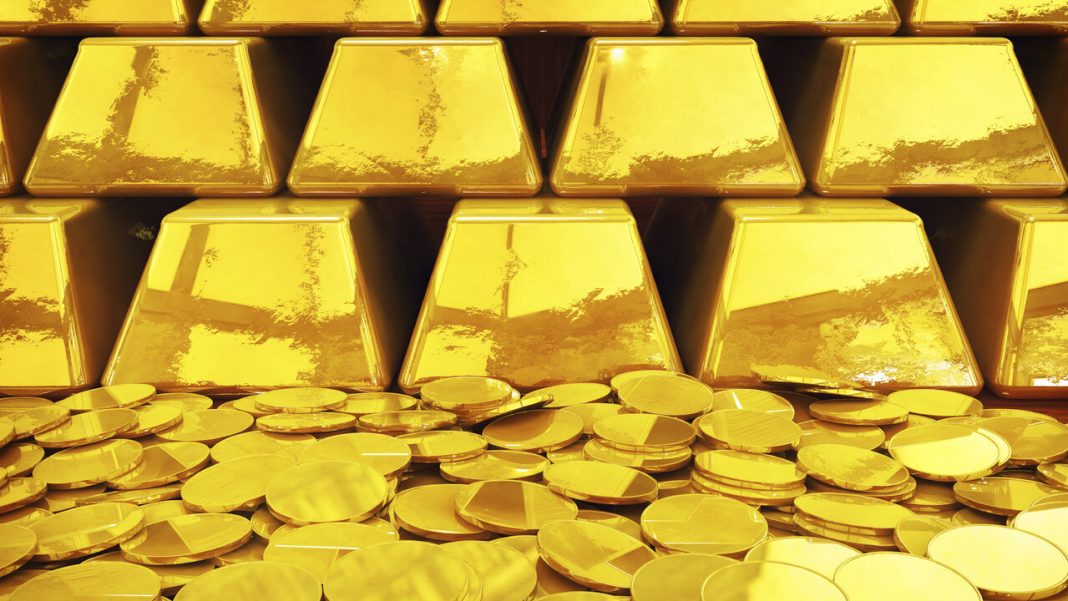 Gold prices dipped 0.5% on Wednesday to finish at $1,454 amid another record close on Wall Street and a stronger dollar. Traders cheered solid economic data out of the United States, with both GDP and durable goods orders coming in higher than expected. Also, investors continued to express optimism over the potential trade deal between the US and China.

But on Thursday, risk sentiment turned sour after Trump signed two bills supporting Hong Kong protesters. This step caused a negative reaction from Beijing, as the government vowed to retaliate but gave no details on the possible countermeasures. The latest developments curbed risk appetite across the globe, which in turn helped the safe-haven gold stage a partial recovery from two-week lows.

However, despite unexpected signs of escalation in the trade war, risk aversion looks subdued and this conflicting sentiment caps upside attempts in the precious metal. The bullion encountered the $1,458 intermediate resistance and remains marginally above the flatline.

In part, the bullish momentum in gold is capped by a relatively strong dollar. The US currency has been retreating marginally today after a decent rally on Wednesday and continues to look fairly steady.

Of note, investors mostly ignored the latest economic updates out of China, where industrial profits plunged nearly 10%. By the way, the decline was the most on record. Meanwhile, producer price index was down 1.6% last month, which added to worrisome signals. The markets shrugged off the dismal figures as trade developments remain in focus now. But at some point in the future, should the Chinese fundamentals deteriorate further, this factor could serve as a bullish driver for gold prices, as concerns over the health of the worlds’ second largest economy. In other words, the safe-haven gold could recoup its losses, at least partially, in the longer run.

The main risk for gold bulls is the potential trade deal between the US and China. Should the two countries overcome the existing differences and manage to strike a phase one deal before the tariffs deadline on December 15, positive sentiment in the financial markets will send the precious metal below the $1,445 handle, possibly down to $1,415 and lower.

Boost for Saudi Arabia as Aramco shares surge 10% on debut