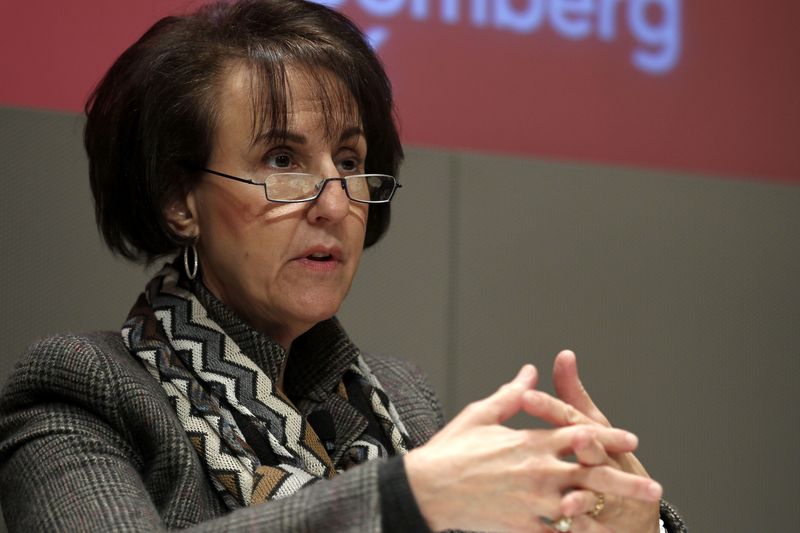 Western nations are failing to meet the threat posed by China’s state-driven push for greater global influence, said the U.S. official who led talks on China’s entry into the World Trade Organization.

“Today the China model fuses the Party, resurgent state planning, massive subsidies, protectionism and IP theft — all turbo charged by scale,” Charlene Barshefsky, the U.S. trade representative in the second term of the Clinton administration, said in remarks at the Bloomberg New Economy Forum in Beijing Thursday. “The ‘China Dream’ of global economic and technological primacy is the rallying cry.”

The response of the West has been “feeble” to this discriminatory model that steals intellectual property from other nations, according to Barshefsky. The U.S. has failed to invest in its own people and infrastructure — simply blaming China for its ills — and has retreated from multilateral diplomacy, she said.

Europe, meantime, appears unable to appreciate the strategic challenge of China’s growing influence “at the center of the Eurasian landmass” thanks to President Xi Jinping’s Belt and Road Initiative, she said. The Europeans also lack a common approach, she said.

While there may be periods when tensions between China and the developed world recede thanks to tactical shifts, such short-term deals “will not resolve fundamental differences which can no longer be papered over.”

The trade attorney didn’t criticize the Trump administration by name, but did fault U.S. protectionism. Her comments on Europe follow evidence of a divided approach toward issues including Chinese purchases of advanced-technology companies and allowing Huawei Technologies Co. to compete in the deployment of fifth-generation telecommunication systems.

Barshefsky is no stranger to accusing China of intellectual-property theft. As a trade negotiator in the 1990s, she repeatedly pressed Chinese counterparts to end the copying of American products and instill a “rule of law” approach toward economic development.

But discrimination and mercantilism “now seem hard-wired” into China’s development model, she said. “We are at an inflection point,” Barshefsky concluded. “No outcome is inevitable, but two decades of careful management of the relations between China and the West have run its course.”

The World Trade Organisation also called on all nations to work together to reform trading structures.

“The urgent task now at hand is to reform and update the international trading system,” said WTO Deputy Director-General Alan Wolff after a meeting with Chinese Premier Li Keqiang. “China made a major investment in the international trading system in its process of accession to the WTO. Now a further investment is needed by all – by all 164 members without exception.”

The New Economy Forum is being organized by Bloomberg Media Group, a division of Bloomberg LP, the parent company of Bloomberg News.