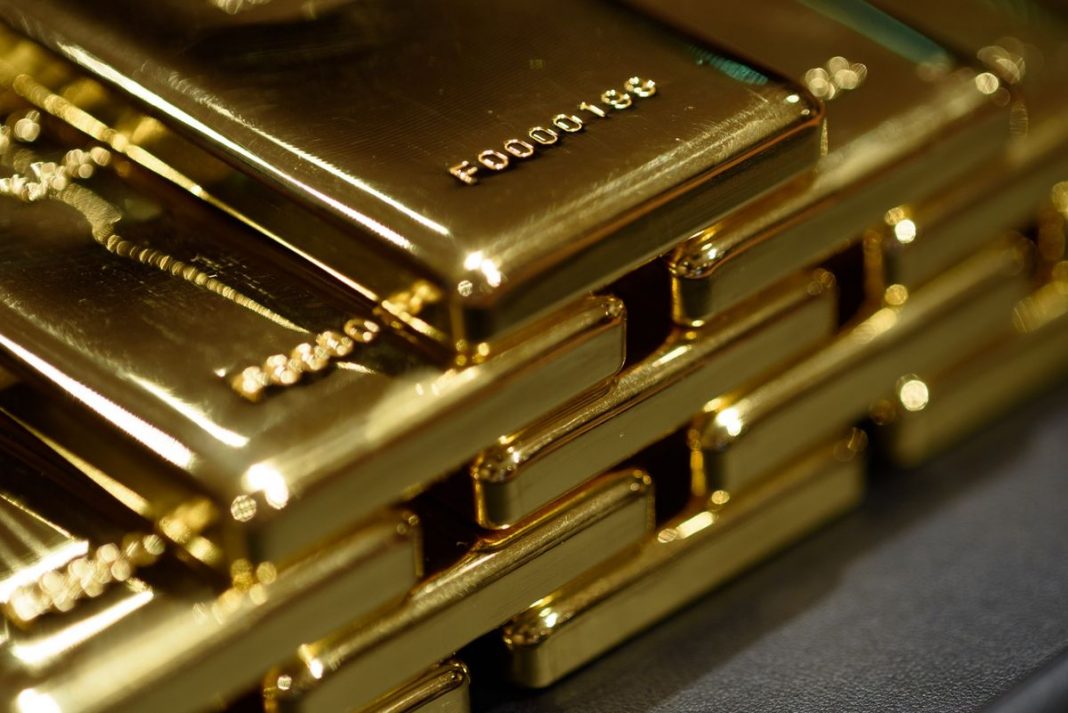 Gold prices struggle to regain the upside momentum despite risk aversion continues to prevail in the financial markets. In the light of recent developments, investors are starting to doubt that the US and China can strike a phase one deal before the end of this year. In part, the precious metal, which extends the decline early on Thursday, fails to resume the ascent due to a relatively resilient dollar. The FOMC meeting minutes from the October meeting showed that monetary authorities are concerned over the inflation expectations that, according to them, could fall further. This statement caused a rise in rate cut expectations in 2020 but failed to put the greenback under significant downside pressure.

Today, the yellow metal extended losses to the levels just below the $1,469 figure and has trimmed its intraday decline since then. In a wider picture, the bullion is still capped by the 100-DMA which mow comes around $1,481. Once above, the prices could reach the $1,500 psychological level. But for this scenario to materialize, gold bulls need to see a more aggressive risk aversion across the financial markets. In this context, further trade developments will be important. Should the US and China continue to signal the potential failure of the negotiations, investors will start to price in a more protracted resolving of the issues between the two countries.

In the short term, gold could regain its shine should the updated OECD economic outlook come on the negative side, as well as its document published in May. In this case, the release will further increase concerns over the health of the global economy after the IMF and World Bank’s estimates painted a fairly gloomy picture, mainly amid the ongoing US-China trade dispute.

From the technical point of view, gold remains bearish in the weekly charts despite the prices are posting some gains for a second week in a row. In the medium term, the bullion needs to regain the $1,517 handle for the picture to improve substantially. In the immediate term, the yellow metal needs to hold above $1,462. In the four-hour charts, gold continues to trade below the 100- and 200-SMAs, which is a negative signal at this stage.

Bitcoin: the path of least resistance is to the upside