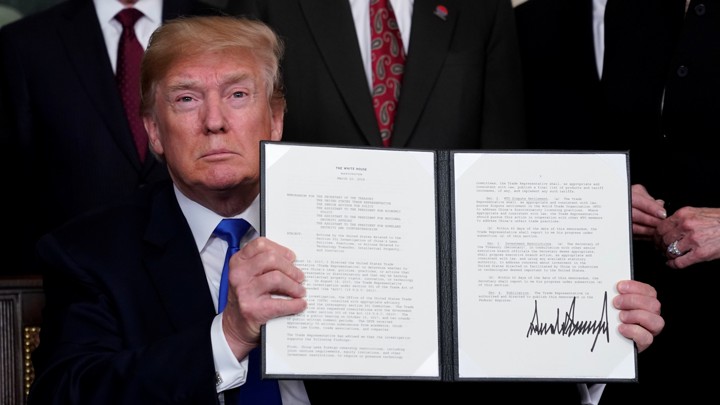 After fresh all-time highs on Wall Street, Asian shares were mixed on Tuesday amid some trade doubts. Meanwhile in Europe, equities rallied as risk sentiment turned positive again. Investors continue to digest yesterday’s China central bank decision to cut short-term interest rates, fueling expectations of further stimulus in the country. Also, markets cheered the US government’s decision to extend temporary general license for Huawei. This step allows traders to hope for a softer position by Trump administration down the road.

Nevertheless, the messages coming from the US and China remain mixed and the uncertainty is still there, as Trump doesn’t signal a desire to lift tariffs and Beijing wants to see concessions from Washington to resolve at least some of the issues. By the way, China reported that it is pessimistic about the trade deal because of Trump’s tight position.

In the latest trade developments, former White House chief economic adviser Gary Cohn noted that Trump will likely impose the mid-December tariffs if the two countries fail to strike a phase one deal by that time. So, despite the risk of a complete breakdown in negotiations has become lower since the opponents started to discuss a partial deal, the possibility of another escalation on the ongoing trade spat persists.

Despite this fact, the pan-European Stoxx 600 registered the highest levels since 2015 and is trading not far from all-time highs. In the US, stock index futures pointed to a higher open initially but erased gains after Home Depot, the largest home improvement retailer in the Unites States, reported a lower-than expected revenue, with investors taking it as a sign of a weakening consumer demand.

In the near term, investors will continue to closely monitor further signals and events surrounding the trade dispute. also, investors will shift focus to the upcoming FOMC meeting minutes, as the tone of the document will set the direction for the dollar and stocks.