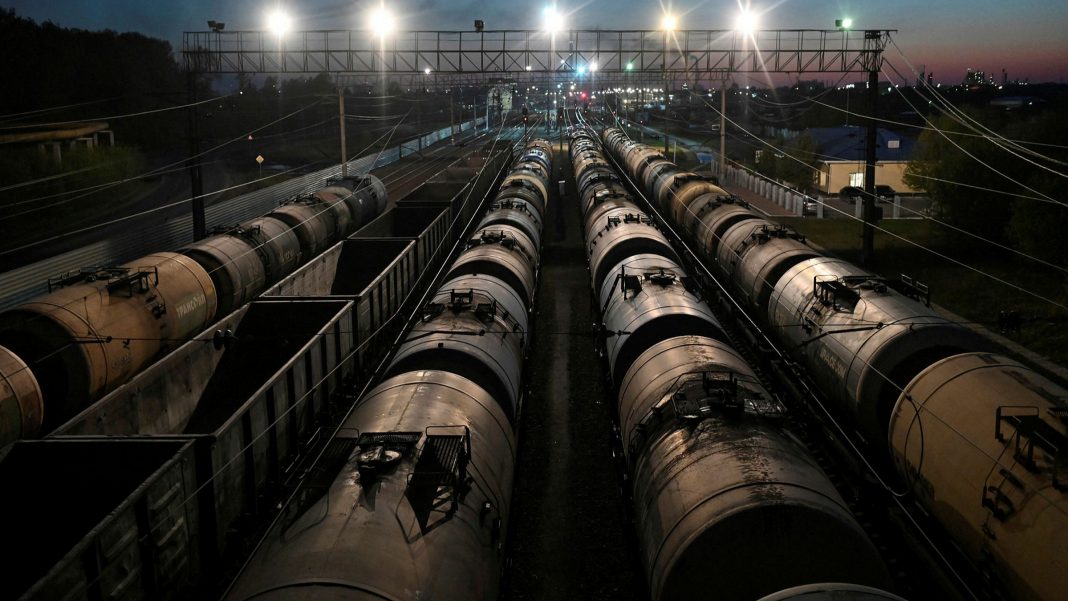 Crude oil prices failed to extend the recent bounce on Tuesday to finish below $100 a barrel once again. Brent crude plunged dramatically from local highs late last week and has been struggling since then, with recovery attempts attracting sellers, suggesting the near-term outlook for the oil market keeps deteriorating.

On Wednesday, oil futures keep oscillating around the mentioned psychological mark, adding less than 0.3% on the day. On the downside, the selling pressure has been capped by $99 a barrel since yesterday. At this stage, the potential buyers refrain from reentering the game, probably awaiting more attractive entry points.

On the data front, the API report showed overnight that US crude oil stockpiles decreased by about 4.0 million barrels last week versus the expected decline of about 1.1 million barrels. The official government inventory data due later today is expected to show weekly crude inventories fell by about 1.0 million barrels.

On the negative side, the IMF slashed global GDP growth forecasts for this year, to 3.2%, as the economy already contracted in the second quarter. The new estimate is down from its forecast of 3.6% made in spring. The Fund warned that high inflation and geopolitical satiation surrounding Ukraine could send the global economy to the brink of a recession.

In the near term, Brent crude is unlikely to stage a solid and sustained recovery as the Federal Reserve is widely expected to raise interest rates later in the day. Should the central bank express a more hawkish tone, oil prices may come under renewed selling pressure through a combination of a stronger dollar and risk-off environment.

Technically, failure to settle above $100 a barrel in the coming days would shift the market focus towards lower levels, with the $97 handle representing the next target for sellers. On the weekly chart, oil futures keep trending south after a short-lived pause last week.