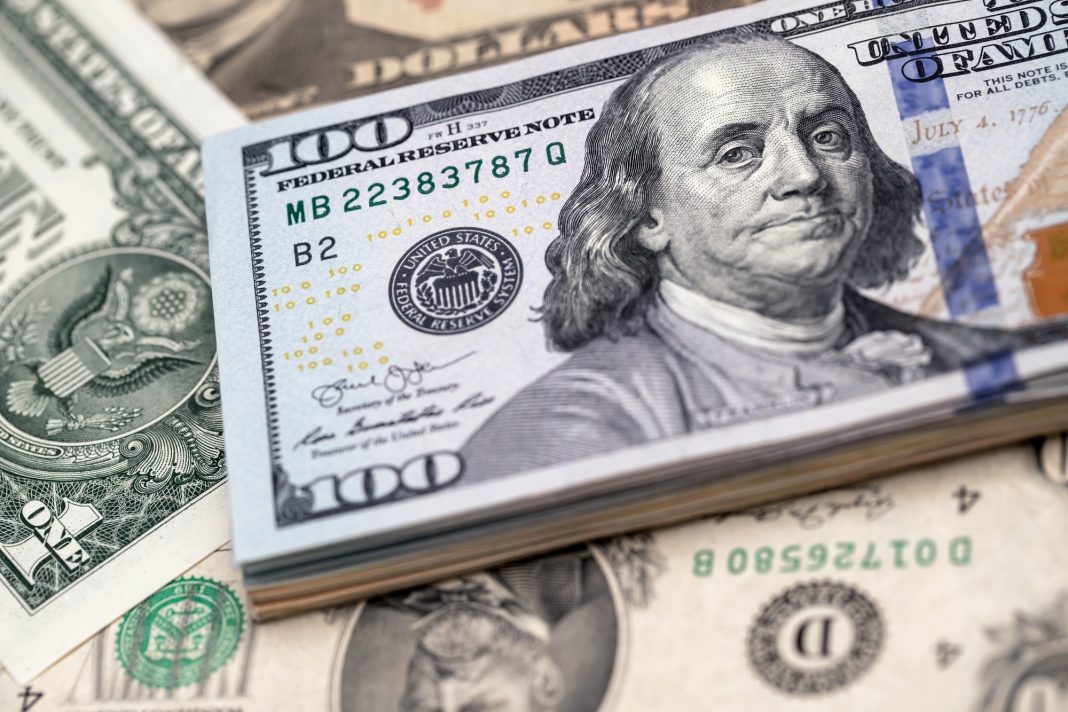 The US dollar came off fresh cyclical highs registered just above the 101.00 figure earlier in the day as traders opted to take some profit around the levels last seen in March 2020. The USD index briefly exceeded the 101.00 mark before retreating towards 100.75 during the European hours. Still, the overall tone surrounding the buck remains upbeat, and the buying pressure could reemerge after some short-lived consolidation.

The dollar continues to derive support from the intensifying geopolitical concerns surrounding Ukraine. Also, rising US Treasury yields keep supporting the greenback as a major sell-off in bonds persists. Solid economic data out of the United States add to USD’s bullishness as well. Furthermore, the Federal Reserve continues to deliver more hawkish signals these days. As such, Fed’s Bullard said overnight that he will not rule out a 75bp increase in interest rates but the base case is not for more than 50bps at any meeting.

Against this backdrop, USDJPY jumped to fresh twenty-year highs above 128.00 on Tuesday. The pair extended the ascent to 128.45 and was last seen clinging to the upper end of the extended trading range. Despite the extremely overbought conditions, the dollar seems to be ready for a bullish continuation in the near term, with the 130.00 handle coming into the market focus.

Meanwhile, USDCHF exceeded mid-March peaks around 0.9460 to refresh more than one-year highs on Tuesday. The pair extended the ascent to 0.9466, now targeting the last year’s peak at 0.9472. Should this level give up anytime soon, the greenback may challenge 0.9500 for the first time since June 2020. Of note, the daily RSI is yet to enter the overbought territory, suggesting there is room for further gains in the near term. On the downside, the immediate support now arrives at 0.9430, followed by 0.9400.

Bitcoin steady after a plunge