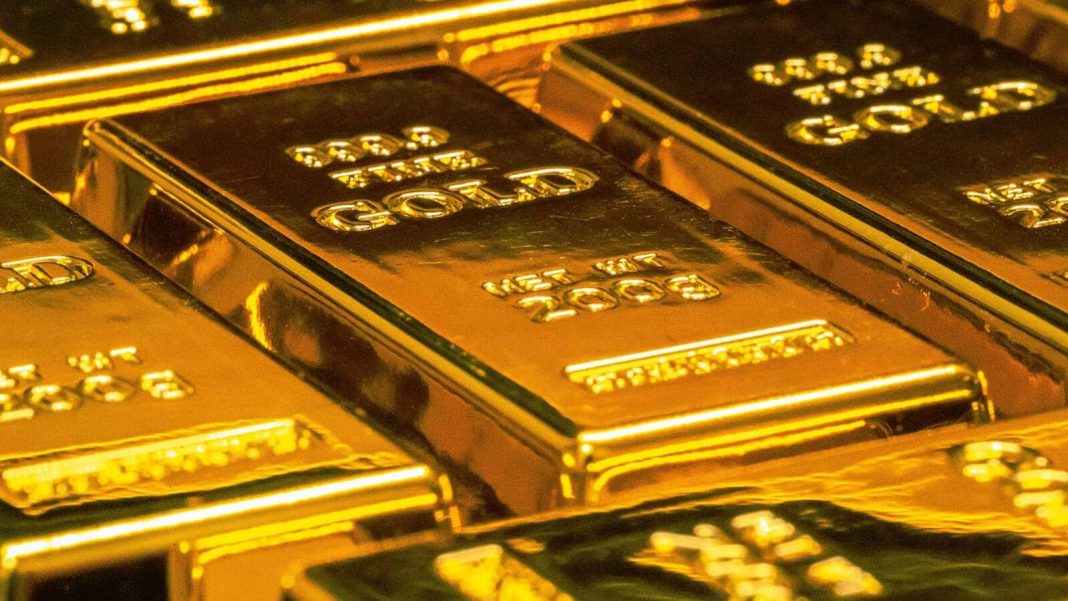 Gold prices extended gains to one-month highs around $1,834 on Thursday. The precious metal failed to preserve the upside momentum and eased marginally on Friday. The bullion was last seen changing hands at $1,823, slightly below the 200-DMA that remains in market focus for the time being. The daily RSI is now pointing marginally lower in neutral territory, suggesting the downside pressure could persist in the near term. However, gold prices stay afloat despite the current retreat.

The yellow metal failed to extend the ascent as dollar demand picked up in recent trading. US unemployment claims fell by 26,000 last week to 360,000, the lowest level since the pandemic struck last year. The report added to the upbeat outlook for the country’s economy and sent the dollar higher ahead of the US retail sales report due later today.

Also, Fed’s Powell suggested that high inflation might persist more than initially anticipated. Amid these comments, the greenback derived extra support due to growing expectations of Fed policy tightening that could take place earlier than expected.

Now, the precious metal needs to hold above the $1,820 immediate support in order to avoid a deeper retreat towards the $1,800 key level. In a wider picture, the bullion could resume the ascent to retarget the $1,860 area initially. Then, the momentum could further get extended towards the $1,880 region before the prices eventually regain the $1,900 psychological mark.

On the four-hour charts, the prices are now stuck between the 20- and 200-SMAs while the RSI looks directionless, suggesting the short-term technical picture looks neutral for the time being, with downside risks being limited despite the corrective mood. Furthermore, the bullion looks set to see the fourth consecutive bullish week.

AUDUSD at resistance zone. Will it limit upside?