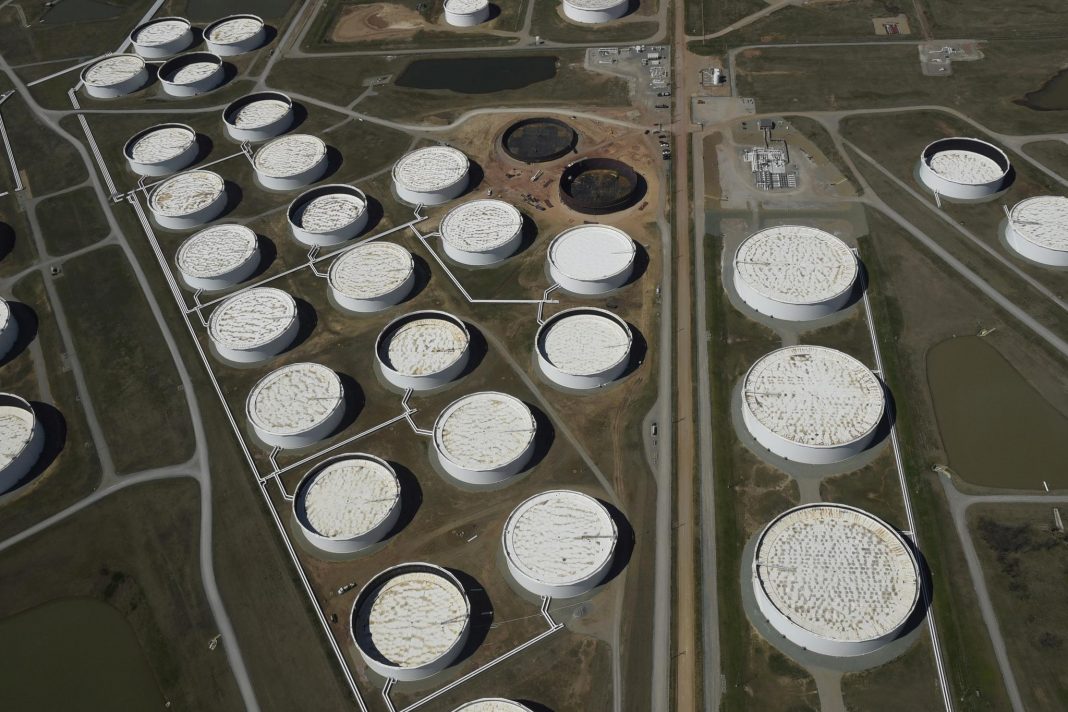 Oil prices inched higher on Friday, with Brent holding near $70 a barrel as strong U.S. economic data and expectations of a rebound in global demand outweighed concerns about more supply from Iran once sanctions are lifted.

“Boosted by good economic data and risk appetite among investors on the financial markets, Brent is making a renewed bid for the psychologically important $70 per barrel mark,” said Commerzbank analyst Eugen Weinberg.

“Concerns about demand because of the pandemic are giving way to optimism in view of the rapid return of consumers,” he added.

Brent and WTI are both on track to post weekly gains of 5% and 6%, respectively.

“Gasoline demand has now exceeded 2019 levels in many areas,” ANZ analysts said in a note.

More than 34 million Americans are expected to take to the highways between May 27 and May 31, the holiday weekend which marks the start of the summer driving season. But they face gasoline prices at about $3.04 a gallon on average, the most expensive since 2014.

Robust economic data from the United States, the world’s largest economy and oil consumer, also lent support as the number of Americans filing new claims for unemployment benefits fell to the lowest since mid-March 2020, beating estimates.

Rising coronavirus infections in Asia put pressure on prices. Infections in the South Asia region surpassed 30 million on Friday, according to a Reuters tally, led by India which is struggling with a second COVID-19 wave and a vaccine shortage across the region.

The prospect of more Iranian oil coming on to the markets also capped the gains.

Iran and global powers have negotiated in Vienna since April to work out steps that Tehran and Washington must take on sanctions and nuclear activities to return to full compliance with Iran’s 2015 nuclear pact with world powers.

Balancing expectations of a recovery in demand against a possible increase in Iranian supply, the Organization of the Petroleum Exporting Countries and allies, including Russia, a group known as OPEC+, is likely to stick to the existing pace of gradually easing oil supply curbs at a meeting on Tuesday, OPEC sources said.

“Our balance sheet shows that the market should be able to absorb this additional supply from OPEC+, along with a gradual increase in Iranian output,” said ING analyst Warren Patterson.