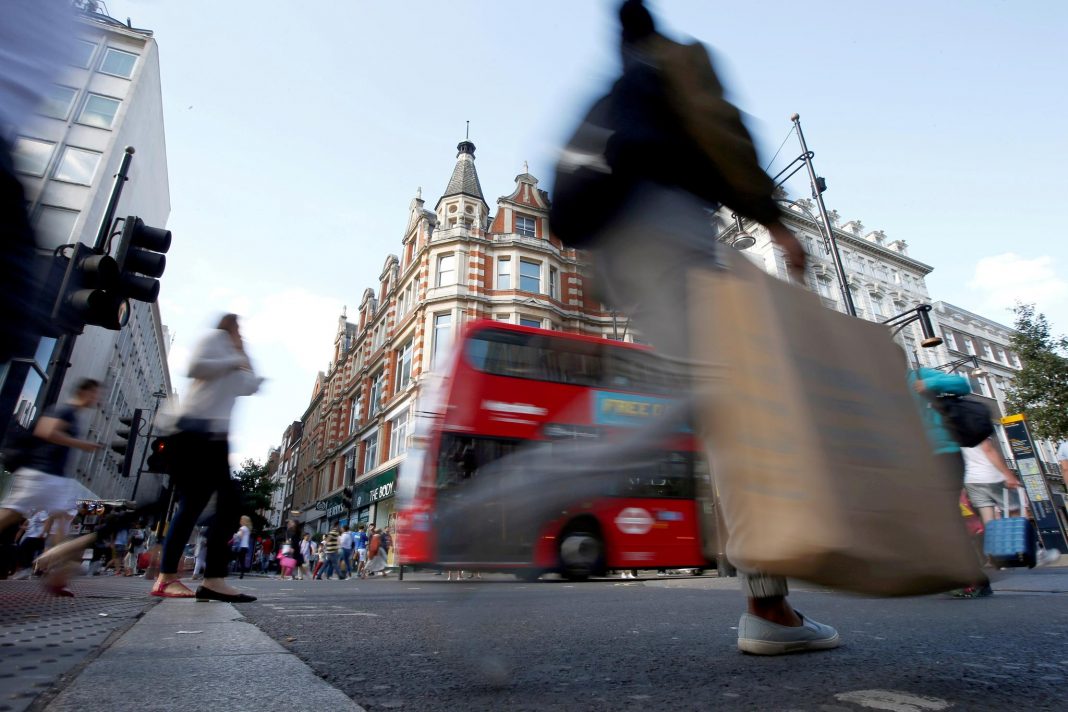 British inflation more than doubled in April, the start of a likely climb in prices this year as rich economies recover from pandemic lockdowns, but one that the Bank of England hopes will prove temporary.

After U.S. inflation last week hit its highest level since 2008 and prompted Federal Reserve officials to say they were in no rush to raise interest rates, Britain’s consumer price index rose by 1.5% in April.

That was a sharp jump from the 0.7% rise seen in March and marked the highest CPI reading since March 2020, driven by higher power and fuel bills as global oil prices climb from their pandemic lows of 2020.

April’s inflation reading was, however, only a touch above the 1.4% rise seen in a Reuters poll of economists and was still below the Bank of England’s 2% target.

This should give the central bank confidence, for now, that it won’t have to pull the plug early on the trillion dollar bond-purchasing programme it rolled out to support the British economy through the crisis.

Inflation is likely to fall back next year as the comparisons with the coronavirus slump fades, most analysts say.

“If we’re right in thinking the crisis won’t leave a big scar on the economy, then the burst of inflation caused by reopening the economy should prove temporary,” said Ruth Gregory, economist at consultancy Capital Economics.

“We do not believe that higher inflation will be fully transitory as many in markets contend and as global central bankers seem to presume,” he said. “The rebound marks a turning point for inflation across the advanced economies following more than a decade of disinflation.”

The pound and interest rate futures markets were largely unmoved after the data. [GBP/]

Higher electricity and gas bills – which jumped by more 9% in April – and rises in clothing and footwear prices helped to push British inflation up in April, along with the cost of petrol.

Core inflation, which excludes energy prices and other volatile items, increased less sharply than the headline figure, rising to 1.3% in the 12 months to April from 1.1% in March, the Office for National Statistics said.

The BoE says inflation will hit 2.5% at the end of 2021, pushed up in large part by the rise in oil prices and the expiry in September of COVID emergency cuts to value-added tax in the hospitality sector.

But the BoE’s chief economist, Andy Haldane, said earlier this month that the BoE needs to “start tightening the tap to avoid the risk of a future inflationary flood,” shortly after he cast a lone vote to scale back the BoE’s bond-buying programme.

Governor Andrew Bailey said on Tuesday there had been little sign so far that higher costs for producers had fed much into consumer prices in Britain but the central bank was “watching this extremely carefully and we will take action when we think it’s appropriate to do so, no question about that.”

Wednesday’s data showed prices paid by manufacturers for their inputs rose by 9.9%, the most since February 2017, while the prices they charged rose by 3.9%, the biggest increase in two-and-a-half years.

Bitcoin Under Pressure After Oil Prices Crash to Record Lows