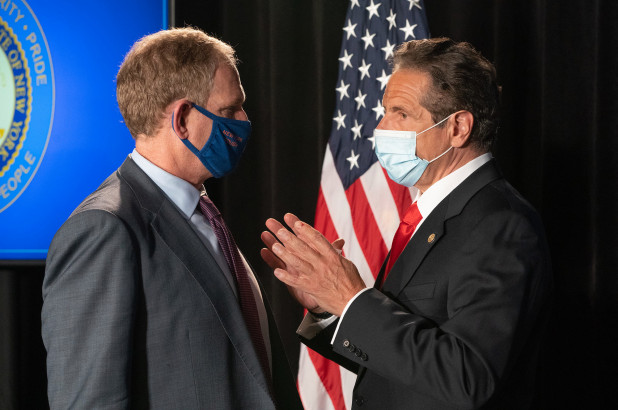 We slammed Gov. Andrew Cuomo the other day for his refusal to simply accept the CDC guidelines and greatly loosen New York’s mask mandates, but the sad fact is that he’s hardly alone.

California Gov. Gavin Newsom is only talking about lifting his mandate by June 15, when he means the state to reopen. New Jersey Gov. Phil Murphy is keeping his mandate “as we continue to work toward our vaccination goals,” which makes no sense at all: Masks are pointless for those who’ve been jabbed, and the potential freedom to go unmasked is actually a great incentive to get vaccinated.

And Speaker Nancy Pelosi is retaining her must-mask rule for the House floor, although not for members’ offices, on the grounds that some representatives may not be vaccinated (though they’ve all had the opportunity for months). Is it just about what the cameras show?

These reek of a bizarre partisan overreaction: Conservatives made a big show of resenting masking as some sort of government excess; in response, liberals seem to have taken mask-wearing as (in the words of Reason’s Robby Soave) “the MAGA hat for Team Blue.”

On either extreme, science and common sense have gone out the window. For most of the last year, masking indoors or out seemed a basic precaution to reduce COVID spread. Eventually (long before the CDC admitted it, sigh), it became apparent that outdoor transmission is close to zero — so continued outdoor masking and outdoor-mask mandates were simply a fetish.

And the vaccinated are neither likely to contract the bug nor spread it in the remote chance they still get infected. So there’s now zero reason to require the tens of millions who’ve been jabbed to mask up, even indoors.

And if any member of Congress has refused to get jabbed, the risk is on her — the sensible representatives would be safe without the speaker’s mandate. (Heck, Nancy, it might even increase your so-thin majority. . .)

Sorry, folks: Maybe in your mind you’re signaling some refusal to identify as a Trump supporter, but in reality you’re just living in the past or playing a self-defeating kind of partisan politics, which is particularly obscene for governors like Cuomo who insist they’re “following the science” even when the science says otherwise.

Please: Get over it.