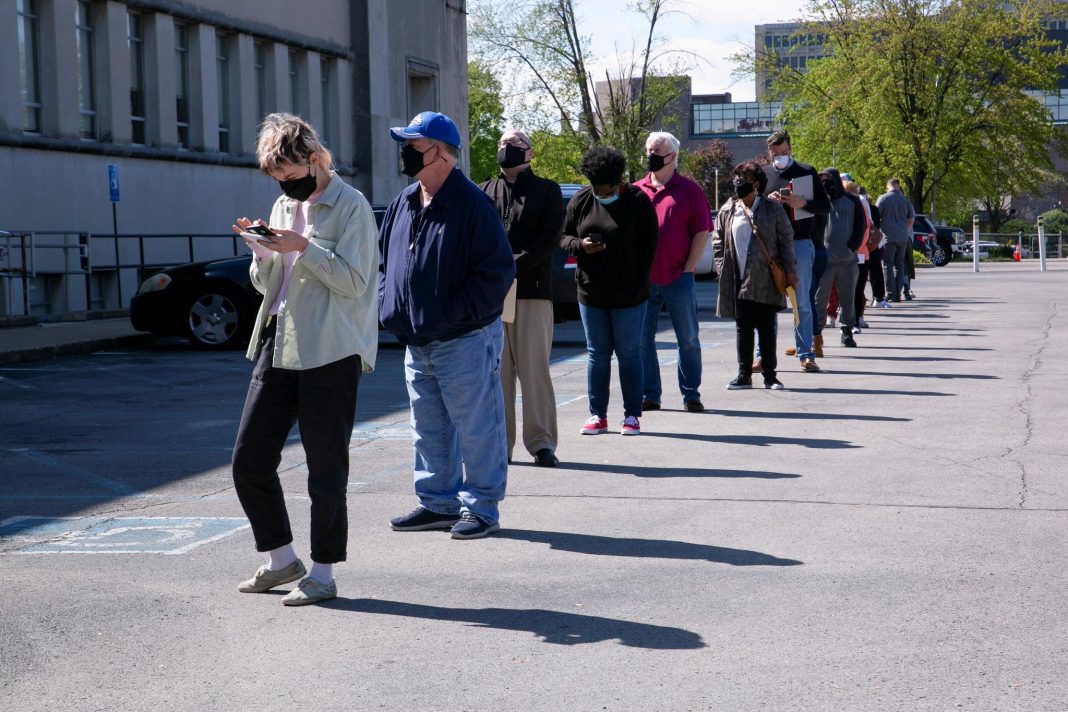 Fewer Americans filed new claims for unemployment benefits last week, as companies held on to their workers amid the growing labor shortage that helped to curb job growth in April.

Initial claims for state unemployment benefits totaled a seasonally adjusted 473,000 for the week ended May 8, compared to 507,000 in the prior week, the Labor Department said on Thursday. Economists polled by Reuters had forecast 490,000 applications for the latest week.

Though job openings are at a record 8.1 million and nearly 10 million people are officially unemployed, companies are scrambling for labor. Layoffs are at all-time lows.

Generous unemployment benefits, fears of catching COVID-19, parents staying home to care for children and raw material shortages as well as pandemic-related retirements and career changes have been blamed for the disconnect. The economy created 266,000 jobs in April after adding 770,000 in March, the government reported last week.

Some economists believe the enhanced unemployment benefits programs, including a weekly $300 government subsidy, could be encouraging some people to attempt to file a claim for assistance, keeping claims well above the 200,000 to 250,000 range that is viewed as consistent with a healthy labor market.

Jobless claims have dropped from a record 6.149 million in early April 2020. Several states in the South and Midwest, such as Tennessee and Missouri, that have unemployment rates below the national average of 6.1% have recently announced they will end federally funded pandemic unemployment benefits next month.

The government has provided nearly $6 trillion in pandemic relief over the past year. More than a third of the population has been fully vaccinated, leading many states to lift most capacity restrictions on businesses.

The massive fiscal stimulus and improving public health have unleashed a demand boom that is pushing against supply constraints, resulting in an acceleration in inflation.

In another report on Thursday, the Labor Department said its producer price index for final demand rose 0.6% in April after surging 1.0% in March. In the 12 months through April, the PPI shot up 6.2%. That was the biggest year-on-year rise since the series was revamped in 2010 and followed a 4.2% jump in March.

The year-on-year PPI was boosted as last spring’s weak readings dropped out of the calculation.

The government reported on Wednesday that consumer prices increased by the most in nearly 12 years in April, reflecting bottlenecks in the supply chain and strong demand for tourism-related services as the economy reopens.

Signs that inflation is heating have sparked a selloff on Wall Street as investors fear the Federal Reserve could raise interest rates sooner than expected. But Fed Vice Chair Richard Clarida said on Wednesday it would be “some time” before the economy is healed enough for the U.S. central bank to consider scaling back its support.

The Fed slashed its benchmark overnight interest rate to near zero last year and is pumping money into the economy through monthly bond purchases. It has signaled it could tolerate higher inflation for some time to offset years in which inflation was lodged below its 2% target, a flexible average.