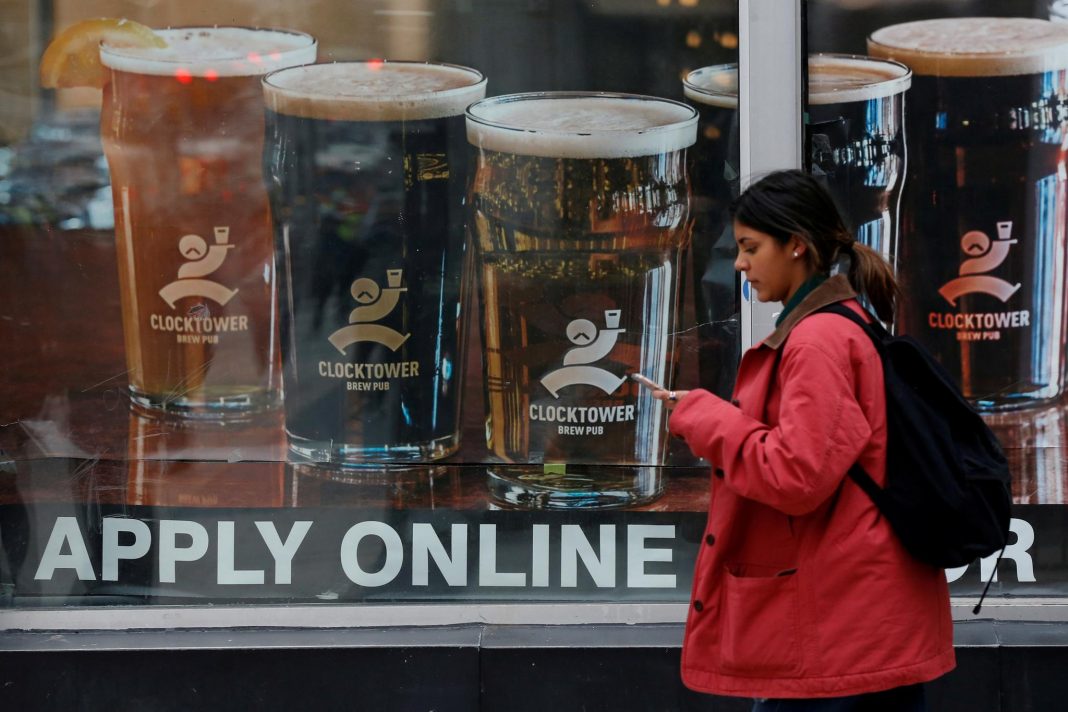 Canada added far more jobs than expected in March, bringing employment to within 1.5% of pre-pandemic levels, official statistics showed on Friday, though economists warned fresh lockdowns imposed this month would undo some gains.

Statistics Canada said the country added 303,100 jobs in March, triple analyst expectations of 100,000, as a number of industries continued to recover from December and January shutdowns.

The unemployment rate fell to 7.5%, beating an expected 8.0% and reaching its lowest level since before the COVID-19 pandemic. Canada added 175,400 new full-time positions in March and 127,800 part-time.

“This is another strong jobs report,” said Ryan Brecht, a senior economist at Action Economics. “However, the outlook for April activity has been dented by the return of regional lockdowns.”

Ontario, Canada’s most populous province, closed most businesses this month amid a sharp surge of COVID-19 infections driven by faster-spreading variants.

Economists warned that the return of closures would hit employment in the coming months, but noted that the strength and speed of the rebound from the most recent shutdowns was heartening.

“If there is a message, it is that employment can bounce back quickly once containment measures do ease,” said Nathan Janzen, senior economist at RBC Economics.

“We’re also not at the finish line yet in terms of the pandemic, so we could see a rapid recovery in employment later this year. That’s assuming that vaccine distribution ramps up as expected and vaccines remain effective,” he added.

Canada has lagged other major countries in vaccinations, but the pace of inoculations has sped up in recent weeks.

The labor market strength in March supported bets that the Bank of Canada could adjust its quantitative easing (QE) program as early as this month.

“The scales tip slightly in favor of tapering QE but it really depends on what kind of fiscal outlay there is prior to their decision,” said Simon Harvey, FX market analyst at Monex Europe and Monex Canada.

Finance Minister Chrystia Freeland will unveil Canada’s 2021 budget, which is expected to contain billions of dollars in stimulus, on April 19.

Copper primed for a pop if U.S./China trade war is resolved