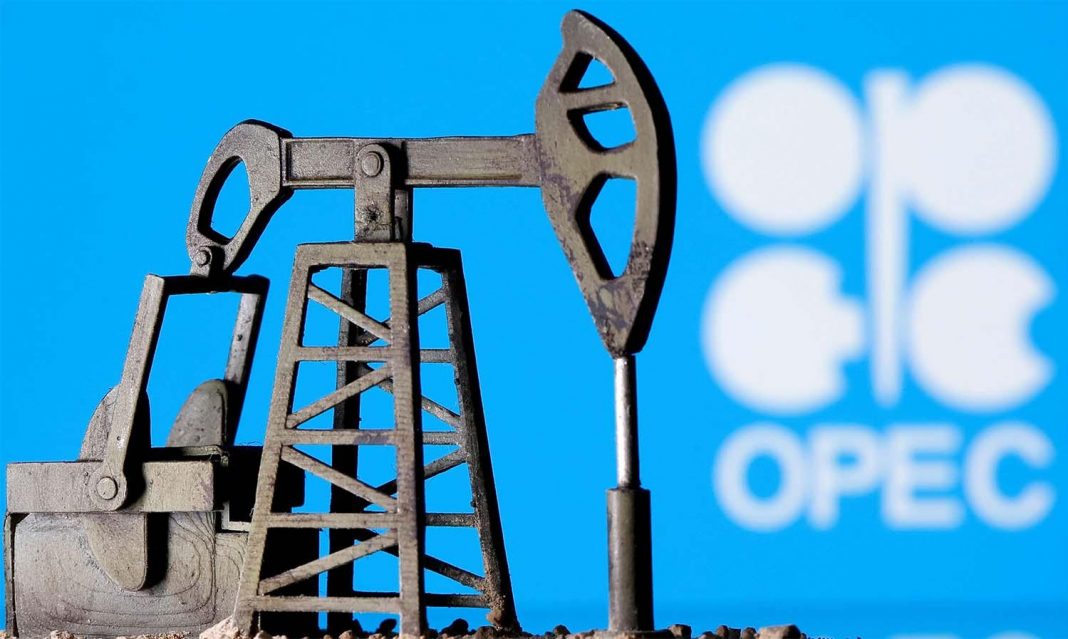 Oil fell another 2% on Wednesday amid a pessimistic demand outlook from OPEC and its allies ahead of their meeting to decide on production curbs. OPEC+ revised downward oil demand growth forecast for this year by 300,000 barrels per day, while the Joint Technical Committee made no formal recommendation ahead of today’s meeting.

Meanwhile, U.S. crude stocks fell 876,000 barrels last week as refinery runs increased, compared with analysts’ expectations for an increase of 107,000 barrels. Crude output slipped to 11.1 million barrels per day in January, according to the latest monthly data. Brent was down 3.9% for the month and up 22.6% for the three months ended March 31. After bouncing from $62.50, oil prices regained the $63 figure early on Thursday. In recent trading, the futures were briefly above the $64 level but failed to preserve gains and retreated partially.

According to the latest reports, there may be a proposal for a gradual increase in output up to 500k barrels per day moving forward. If so, market players would be disappointed, as traders expect the alliance to rollover the existing production cuts, especially as the pandemic is back in focus amid a third coronavirus wave in some European countries.

Anyway, heightened market volatility should be expected in the short term, and the eventual reaction to the OPEC+ meeting would depend on the tone of the statement and the conditions of the extended deal. On the positive side, risk sentiment has improved after Biden revealed a generous infrastructure plan. Against this backdrop, the safe-haven dollar demand has abated, easing selling pressure surrounding Brent.

From the technical point of view, oil prices need to regain the $64 figure on a daily closing basis in order to extend the recovery towards the key 20-DMA that arrives around $65.65. On the downside, the immediate significant support stands at $62.50.

Oil holds steady, volatility pickup may be ahead