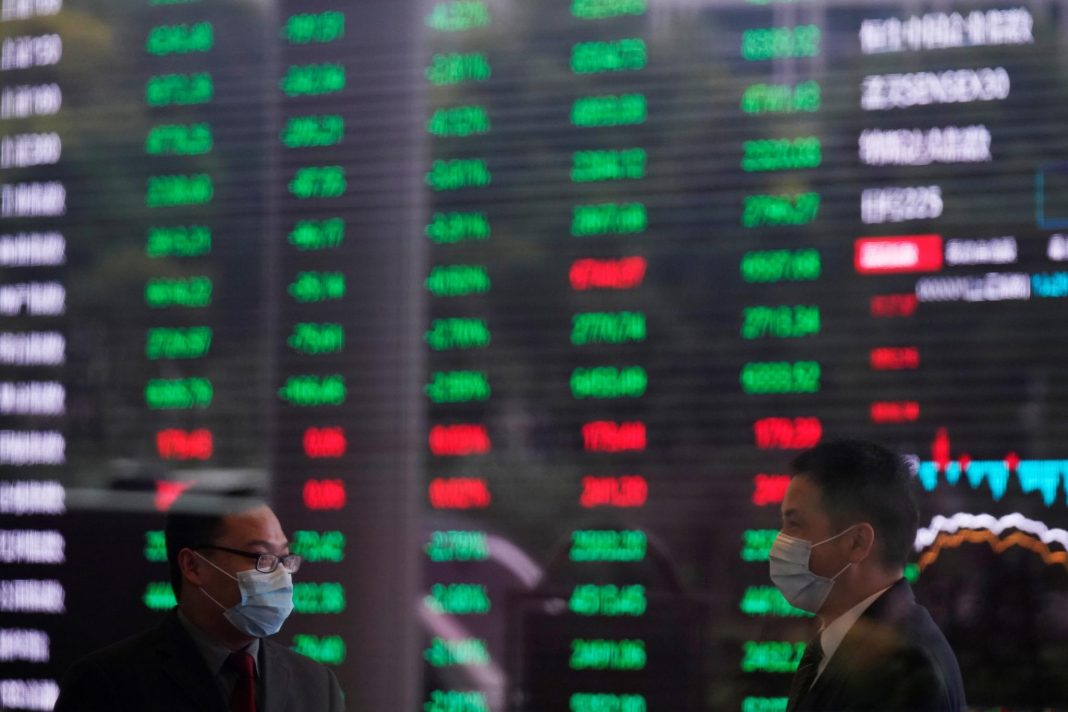 Asian stocks reversed earlier gains on Tuesday, dragged down by declines in Chinese markets, which were jolted by a new round of sanctions, after ebbing inflation fears had helped shore up broader sentiment in the region.

The negative sentiment appears set to weigh on European stocks with as EUROSTOXX 50 futures easing 0.42% and FTSE futures 0.61%.

The United States and others, including the European Union, sanctioned Chinese officials on Monday over human rights abuses in Xinjiang, and Beijing hit back with punitive measures against European lawmakers, diplomats, institutes and families.

“The fall could be due to the sanctions,” said Iris Pang, chief economist for greater China at ING Wholesale Banking. “More pressure from international politics is going to affect asset markets.”

Persistent worries of policy tightening at home also continued to weigh on high-flying sectors and stocks with lofty valuations as investors turned cautious.

Beyond China, Asian shares were mixed. Japan fell 0.61% and Australia fell 0.11%, both having earlier tracked overnight gains on Wall Street, but emerging markets in the region performed better.

Powell said in remarks prepared for a congressional hearing that the U.S. recovery had progressed “more quickly than generally expected and looks to be strengthening”.

“The FOMC last week laid out pretty clearly what the Fed’s view is with regard to rates… the next thing that markets will focus on is maybe getting some details from Yellen with regard to further infrastructure investment,” said Alex Wolf head of investment strategy for Asia at J.P. Morgan Private Bank, referring to a statement from the Federal Open Market Committee.

The dollar gained slightly against a basket of six major currencies =USD last trading at 91.887, having slipped 0.32% on Monday, while making advances against the kiwi, Aussie and sterling.

The New Zealand dollar hit a three-month low after the government introduced taxes to curb housing speculation, a move investors reckoned could allow the central bank to hold interest rates lower for longer with less risk of a property bubble.

Oil also dropped amid ample supply and concerns that new pandemic curbs and slow vaccine rollouts in Europe will slow a recovery in fuel demand.

(This story corrects paragraph 7 name of bank to ING)