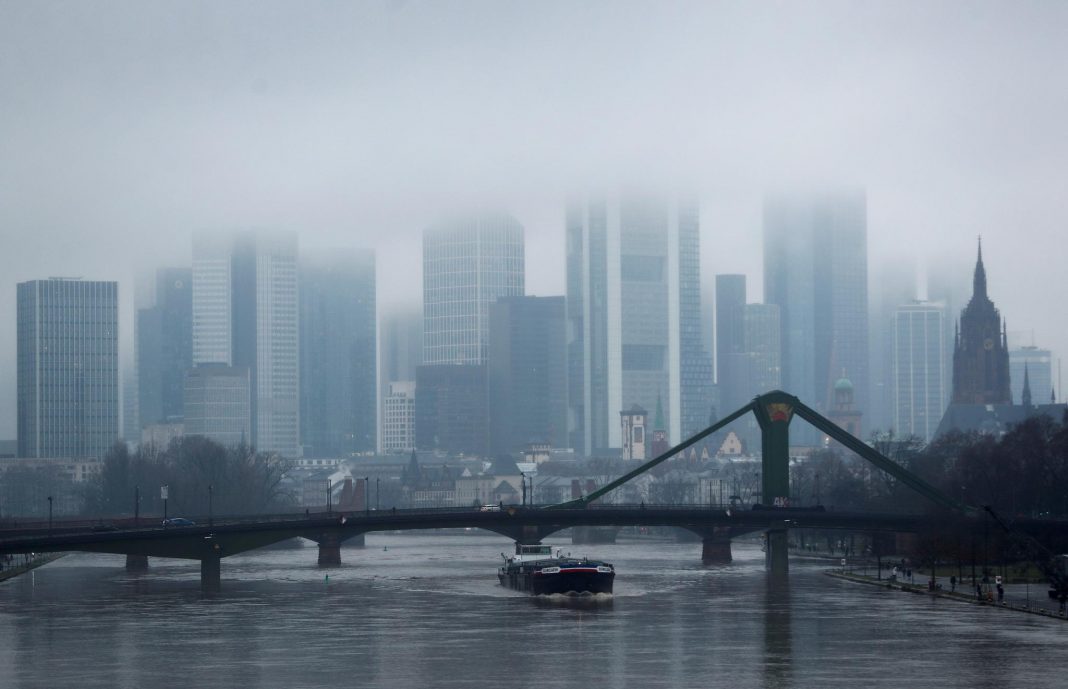 From a burned-out bank boss to call centre workers isolated at home, the financial sector is suffering a surge in mental health issues exacerbated by the COVID-19 pandemic.

Despite the industry’s cut-throat reputation, senior bankers have responded to the extra strain by rolling out additional help and opening up about their own vulnerabilities.

“It’s okay to feel overwhelmed by what life is throwing at me and mine,” wrote Susan Revell, deputy chair of the $41 trillion asset Bank of New York Mellon’s Europe, Middle East and Africa business.

In a handwritten note Revell, along with other BNY colleagues, shared personal experiences with the institution’s 48,500 staff. She juggles work with caring for elderly relatives and other family struck with ill health and redundancy.

“You can’t pour from an empty cup,” Revell told Reuters. “If I’m not in good shape then I can’t support either my family or my colleagues.”

Her note encouraged colleagues from Brazil to Hong Kong to share their own stories and advice.

While banks have for several years been paying greater attention to wellbeing, new initiatives from free therapy to online yoga have proliferated during the pandemic – though they are not always reaching junior staff.

In England, a major global banking centre, as many as 10 million people will need new or additional mental health support, The Centre for Mental Health charity says.

One high-profile bank boss to open up was digital lender Monzo’s founder Tom Blomfield who found managing a fast-growing start-up too much once COVID-19 piled the stress on. The 35-year-old stepped down as CEO last year to become president and left completely in January.

“On the Friday that London went into lockdown, three separate funds phoned me up and said: ‘Look, this investment’s not going ahead,’” he recounted to The Guardian.

“I was stressed, definitely. I suffered anxiety that impacted my sleep. Did I border on depression at times? I don’t know … There’s this myth of the superhero founder who sleeps four hours a night and reads 500 books a year and is up hiking before dawn kind of garbage. If it’s true, I’ve never met that person.”

Helping to reduce stigma, other executives to share their battles in recent years include Lloyds CEO Antonio Horta-Osorio who took leave for stress-induced insomnia in 2011 and former Virgin Money boss Jayne-Anne Gadhia who had post-natal depression.

“Constantly talking about this helps to make it a safe environment to bring issues up,” said Helen Cook, chief HR officer at NatWest where colleagues at all levels have shared and offered support among themselves.

Despite progress, charities and unions say employers must make extra effort to look out for staff.

Picking up on signs is hard with homeworking, so banks including Goldman Sachs and Lloyds have staff on the lookout virtually.

“We train our mental health first aiders to look out for body language cues,” said Goldman Sachs executive director Beth Robotham, who has spoken publicly about her own past anxiety attacks.

“In a virtual environment, lots of the same rules apply, but it’s more difficult – for instance it’s much easier to lose eye contact. But you may notice the person opts out of being on screen and you’re not sure why, or they seem heavily distracted when they weren’t before, or are showing up late.”

Recruiters say mental health is now more likely to come up in hiring discussions, but candidates are still rarely open about existing conditions.

“Examples from leaders are hugely influential and helpful. However, people who are still en route to proving themselves in their career are hesitant to do the same,” said Sophie Scholes, a partner at headhunter Heidrick & Struggles.

“This particularly applies to recruitment processes where candidates are nervous to self-identify and mostly would choose not to.”

Bill Michael, UK chairman of big four accountancy firm KPMG, stepped aside this week pending an investigation after the Financial Times newspaper reported he had told consultants to “stop moaning” about the pandemic.

In a statement, Michael said: “I am sorry for the words I used, which did not reflect what I believe in, and I have apologised to my colleagues.”

Among the raft of new initiatives, NatWest has seen 5,500 staff sign up for online therapy courses just six months since launch.

Lloyds has signed up 13,000 people to meditation app Headspace, while Monzo offers online yoga and started classes on meditation and managing stress this year.

BNY has increased leave for carers and introduced virtual “tea and talk” sessions.

“Every business in the world has now got mental health on its boardroom agenda. I never thought it would happen this quickly,” said Poppy Jaman, chief executive of the City Mental Health Alliance.

“As we face a global mental health crisis, 2021 must be the year that every business takes action.”

The limitations of online support have, however, been exposed during the pandemic.

“Banks like other sectors have done what they can to mitigate the impact of loneliness by setting up things like pub quizzes, yoga and meditation,” said Paul Barrett, head of wellbeing at the Bank Workers Charity (BWC).

“But I’m not sure they work as well as they might because of ‘Zoom fatigue’. If you’re using a screen all day, do you then want to use it for a coffee morning?”

Set up in 1883 to support former and current bank staff, the BWC has seen a spike in calls to its helpline since the pandemic, especially for financial and relationship counselling.

Not all have accessed help, however.

Trade union Unite recently supported a bank call centre worker who suffered from anxiety and said he was laid off for taking longer than the one minute gap allowed between calls.

The union was unable to challenge the decision as the person had been there less than two years, Unite’s national officer Dominic Hook said. Reuters was unable to verify the case.

“My fear is so many people don’t see the support available and even if they do, they don’t have the time to access it,” Hook said.

Banks contacted by Reuters said mental health challenges should not hold people back in careers and support was accessible 24/7 through employee assistance helplines.

One of the most crucial messages is to tell people they can take time off or work flexible hours if struggling, said Emma Mamo, head of workplace wellbeing at mental health charity Mind.

“Providing staff with some downtime to rest and recuperate is absolutely vital and can prevent worsening stress, poor mental health, sickness absence, and even falling out of the workplace altogether in the long run,” she said.