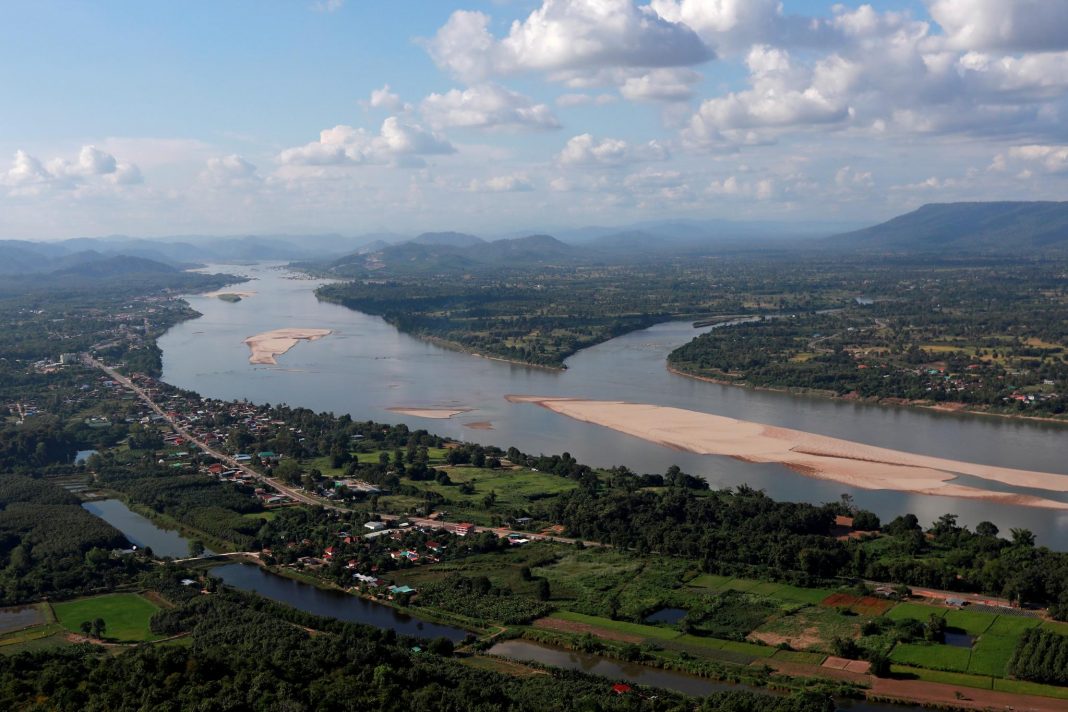 Water levels in the Mekong River have fallen to a “worrying level” in part due to outflow restrictions from Chinese hydropower dams upstream, the Mekong River Commission (MRC) said on Friday, calling on Beijing to share all of its water data.

The vital waterway has turned blue along the Thai-Laos border, from its usual murky brown colour – signaling shallow water and low levels of nutrition-rich sediment – partially from outflow restrictions from the Jinghong dam in China’s Yunan province, the inter-governmental MRC said.

Friday’s statement said low rainfall and dams on the Lower Mekong and tributaries also contributed to the drop in levels.

“There have been sudden rises and falls in water levels immediately downstream of Jinghong and further down to Vientiane,” said Winai Wongpimool, director of the MRC Secretariat’s Technical Support Division.

Such fluctuations affect fish migration, agriculture and transportation that nearly 70 million people rely on for their livelihoods and food security.

The MRC said normal conditions may be restored if large volumes of water are released from Chinese dams’ reservoirs.

China’s Ministry of Foreign Affairs did not reply to requests for comment on Friday, a public holiday.

In January, Beijing notified neighbours that its dams were filling reservoirs and flow will be restored to “normal operation status” on Jan. 25.

However, levels dropped again in February and were 800 cubic metres per second as of Thursday, the MRC said. The statement did not mention any recent notification from Beijing.