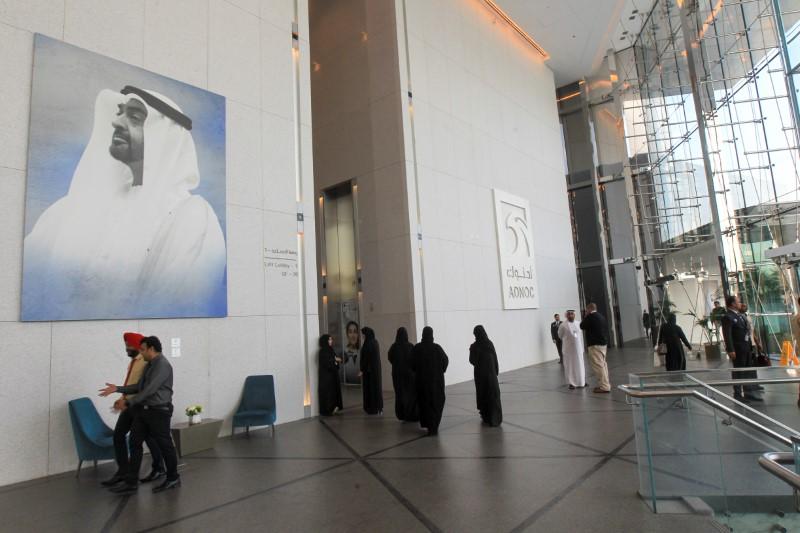 The United Arab Emirates’ resistance at OPEC meetings to extend deep supply cuts into 2021 is the start of a more assertive policy stance that could make it harder for the group’s de-facto leader, Saudi Arabia, to balance global oil supply.

The seeds of the emerging divergence have their roots in a major expansion in capacity in the UAE as well as an effort that is gathering pace for the country’s oil to become one of the few grades of crude used as a benchmark to price world supply.

The UAE told its OPEC+ counterparts inside closed-door meetings this week that even though it would support a rollover of existing cuts, it would struggle to continue with the same deep output reductions into 2021, effectively delaying the latest strategy decision by OPEC and its allies.

Until recently, Saudi Arabia, which effectively leads the Organization of the Petroleum Exporting Countries (OPEC), and its Gulf allies, the UAE and Kuwait, moved together on supply policy. They even, at times, cut more supply than theyhad agreed to compensate for other OPEC members who did not reduce as much as they had pledged.

But Abu Dhabi’s growing assertiveness, underscored by its growing political independence from Riyadh on a range of issues, could mean the era of automatic cooperation is over, analysts and industry insiders say.

“The UAE and Saudi Arabia could be tilting in different directions over OPEC+ policy. Saudi policy over the last few years has largely been prioritizing prices over market share, and the logic of constant interventions in markets will be scrutinized by the UAE,” wrote Ayham Kamel from Eurasia in a research note.

“Abu Dhabi is opening the door to softer interpretations of the necessary policy actions in a post COVID world. The global energy transition towards renewables will advance further under a Biden administration, making assessments of a market share approach at least important to explore.”

OPEC+, a group comprising OPEC producers and allies such as Russia, has curbed nearly 8 million barrels per day (bpd) of supply to the global market as the coronavirus continues to cut demand for fuel.

The group had been widely expected to roll over those production cuts of 7.7 million bpd into January-March 2021 amid a resurgent COVID-19 pandemic. Saudi Arabia was the main advocate of such a move.

But according to OPEC+ and industry sources, the UAE argued in recent meetings that the oil cuts are leaving nearly half of its production capacity idle at a time it has invested billions of dollars in expansion.

UAE officials have told their OPEC+ counterparts that national oil company ADNOC has supply commitments to international oil companies, who are equity partners, and have helped develop its oilfields, the sources said. When the country cuts output, foreign oil firms also have to cut.

The frustration inside the UAE about the steep reductions and low baseline production when compared to its capacity has been brewing for months as it struggles to meet its domestic oil consumption and exports obligations.

Abu Dhabi is cutting around 33% of its output potential, pumping 2.59 million bpd, down from around 3.9 million bpd before the OPEC+ supply cut deal was reached in April, according to OPEC and industry data.

ADNOC, meanwhile, had boosted its oil production capacity to over 4 million bpd from around 3.5 million bpd in 2018, and plans to grow it further to 5 million by 2030.

Since 2016, ADNOC has expanded its oil production concessions agreements, striking partnerships with new oil companies in Asia and Europe, and awarding oil and gas exploration deals for the first time.

The company has also managed to attract investments from the world’s largest fund managers and pension funds including names such as BlackRock, a rare foray for national oil companies in the Middle East, by selling stakes in its existing infrastructure.

ADNOC also plans to start trading its flagship Murban crude in the first quarter of 2021 regardless of the OPEC+ cut pact.

Abu Dhabi’s ambitions for Murban could complicate its adherence to future deep cuts, according to sources, because it may be harder to convince international investors and traders that the grade can trade freely as a benchmark if Abu Dhabi has to set production levels according to OPEC supply policy.

“It is not clear how OPEC oil cuts are going to impact Murban trading because ADNOC will need to commit certain oil volumes to trade freely on the market,” said one source briefed on the matter. “I am sure the UAE will commit to the OPEC+ agreement if there was consensus to rollover for another three months, but it is very tough.”

Another factor may be fueling frustration in Abu Dhabi as Riyadh holds a hard line on supply. The pandemic may have accelerated the global transition toward a lower carbon future, as many top oil companies worldwide contemplate the possibility that fuel demand may never recover to pre-pandemic levels.

Riyadh and Abu Dhabi sit on some of the cheapest oil reserves to produce, and underlying the tension between them is the desire to ensure they pump as much as they can before the transition away from fossil fuel reduces the value of the oil.

And having one of the world’s lowest cost of production per barrel, ADNOC as the main oil company in the UAE wants to ensure it monetizes as much of those reserves and gain a bigger market share as it possibly can before the world transitions towards lower-carbon energy sources, industry sources say.

“At the end of the day, while ADNOC begins to explore new forms of energy, such as hydrogen, which they are well positioned to capitalize on, oil and gas will remain at the heart of ADNOC’s business.” said one industry source briefed on ADNOC’s thinking.

“And as a low cost and low carbon producer, they are well positioned to capitalise on future market demand.”