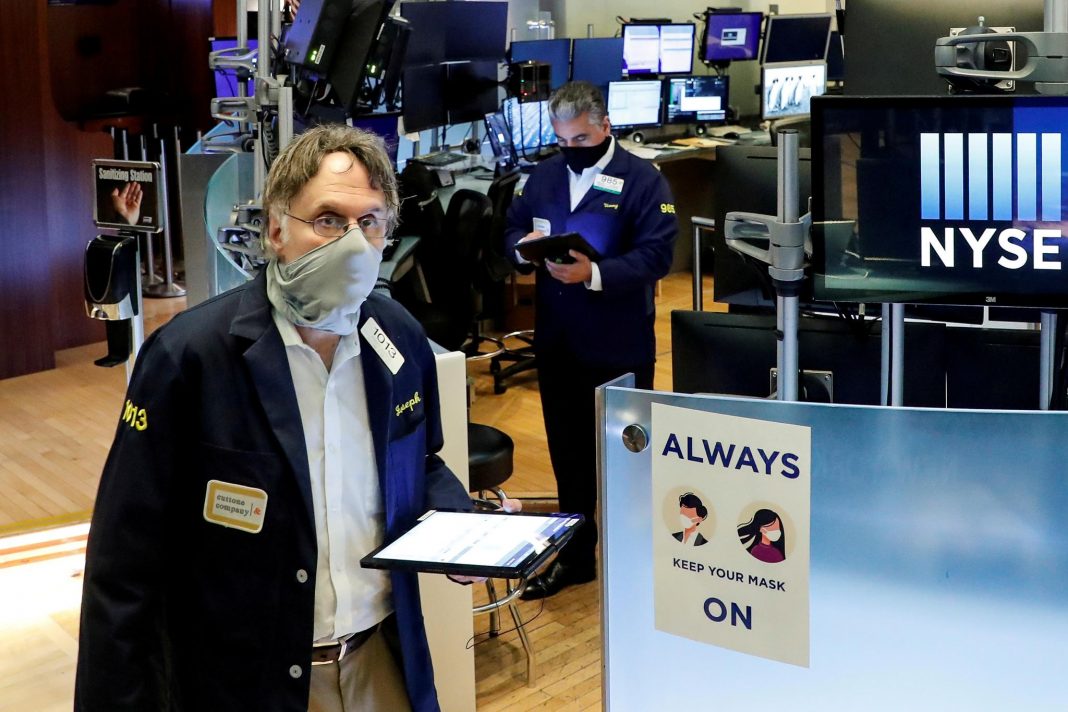 Wall Street’s main indexes were set to rise on Thursday as investors bet on more fiscal stimulus to ride out a coronavirus-driven recession with data showing a nascent recovery in the labor market was stalling.

The number of Americans filing new applications for unemployment benefits were 793,000 last week, compared to 812,000 in the prior week, but they are well below the record 6.867 million reported last March when the pandemic hit the United States.

A largely better-than-expected earnings season has also lifted the sentiment, quelling fears of lofty valuations. Analysts now expect fourth-quarter earnings for S&P 500 firms to grow 2.8%, versus a forecast of 10.3% drop at the beginning of January, per Refinitiv data.

“(But) the trading pattern over the past several days suggests that the market may be suffering from fatigue and has stepped in very overbought situation.”

Federal Reserve Chairman Jerome Powell reassured investors on Wednesday that interest rates will remain low for some time to spur the economy and jobs growth, but provided no new insights on monetary policy.

Pinterest Inc rose 7.1% premarket after a report said Microsoft Corp approached the image-sharing company in recent months about a potential buyout. The negotiations were, however, currently not active, according to the report.

PepsiCo Inc rose 0.6% after the snack and beverage giant topped analyst estimates for fourth-quarter revenue and said it expects organic revenue to grow in 2021 as economies reopen and COVID-19 vaccinations roll out.

U.S.-listed shares of cannabis companies including Tilray and Aphria jumped between 11% and 13% after the sector caught the attention of retail traders on Wednesday on forums such as Reddit’s WallStreetBets that had fueled GameStop’s recent rally.

Walt Disney Co edged 0.2% lower ahead of its results after market close, when the media company will update Wall Street about its digital subscriber membership and the future of its pandemic-hobbled theme parks.