Home Economy AstraZeneca defends slow supplies to the EU, but says it ordered 3... 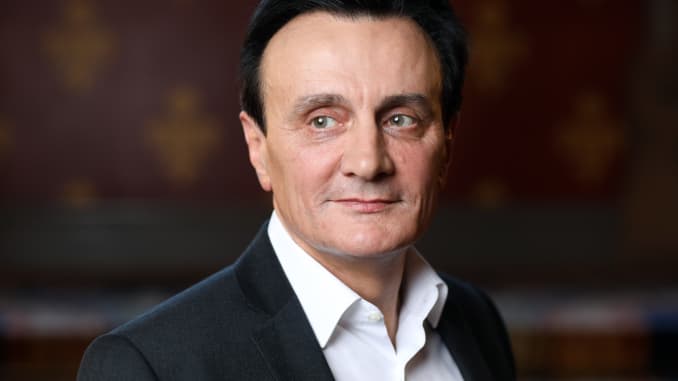 AstraZeneca’s CEO Pascal Soriot has defended its delayed rollout of the coronavirus vaccine to the EU, saying the drugmaker is “working 24/7” to fix production issues. But he also noted that the EU had ordered three months later than the U.K., however, and this meant it was behind in dealing with supply issues.

The EU has reacted angrily to a delay in AstraZeneca’s supply of coronavirus vaccine, which is expected to be approved by the European medicines regulator by the end of the week, to the bloc.

The 27-member bloc was expecting around 80 million doses of the jab by the end of March, but now will reportedly receive only around 31 million doses. As member states struggle to access vaccine supplies and rollout jabs, the EU has said it could limit exports of Covid-19 vaccines made in the EU.

Speaking to the Italian newspaper La Repubblica, Soriot said that delays in the supply of its coronavirus vaccine were caused by a variety of production issues.

“We believe we’ve sorted out those issues, but we are basically two months behind where we wanted to be,” he said

The British-Swedish drugmaker had also experienced “teething issues like this in the U.K. supply chain,” Soriot noted, but as the U.K. contract was signed three months before the European vaccine deal, the company “had an extra three months to fix all the glitches we experienced.”

Asked what amount the EU could expect to receive, Soriot said that as soon as the vaccine is approved by the European Medicines Agency (EMA), “we will be shipping at least 3 million doses immediately to Europe, then we’ll have another shipment about a week later and then the third or fourth week of February. And the target is to deliver 17 million doses by February.”

“It’s not as good as we would like to, but it’s really it’s not so bad,” he said. Globally, Soriot said production capacity would be 100 million doses from February onward.

Anger in the EU

Talks between AstraZeneca and the EU were held on Monday, after which the EU’s Health Commissioner Stella Kyriakides said that discussions had “resulted in dissatisfaction with the lack of clarity and insufficient explanations.”

The EU has asked AstraZeneca to provide it with a detailed plan of vaccine deliveries and when distribution will take place, with further discussions set for Wednesday.

Some countries, including Italy, have threatened legal action against AstraZeneca for the delay. Others have asked why the U.K., which is heavily reliant on the AstraZeneca jab in its vaccination rollout, has sprinted ahead in its vaccination drive and had not experienced supply shortages, as yet. It has immunized more than 6.8 million people, with at least a first dose of the two-dose vaccine.

Soriot said that the U.K. production plant was more productive, and insisted there was no anti-EU context.

“We’re not doing it on purpose. I’m European, I have Europe at heart. Our chairman is Swedish, is European. Our CFO is European. Many people in the management are European. So we want to treat Europe as best we can.”

He noted that the drugmaker had a “best effort” type of agreement with the EU as it had wanted to be supplied at the same time as the U.K., even though it was later to request the vaccine. “We didn’t commit with the EU, by the way. It’s not a commitment we have to Europe: it’s a best effort.”

With a coronavirus vaccine developed, clinically trialed and approved in less than a year, Soriot said it was natural to experience glitches in the scaling-up process.

“We are scaling up to hundreds of millions, billions of doses of vaccines at a very high speed. A year ago, we didn’t have a vaccine. When you do that, you have glitches, you have scale-up problems,” he said, adding there were current problems with the production of the vaccine substance in two European plants.

“For Europe, the drug substance is essentially produced in two plants, one in the Netherlands, one in Belgium. The drug product is actually produced in Italy and Germany. So from a drug product viewpoint, we have full capacity. We have zero problem. The current problems have to do with manufacturing the drug’s substance,” he said.