Home Markets Latest on worldwide spread of the coronavirus 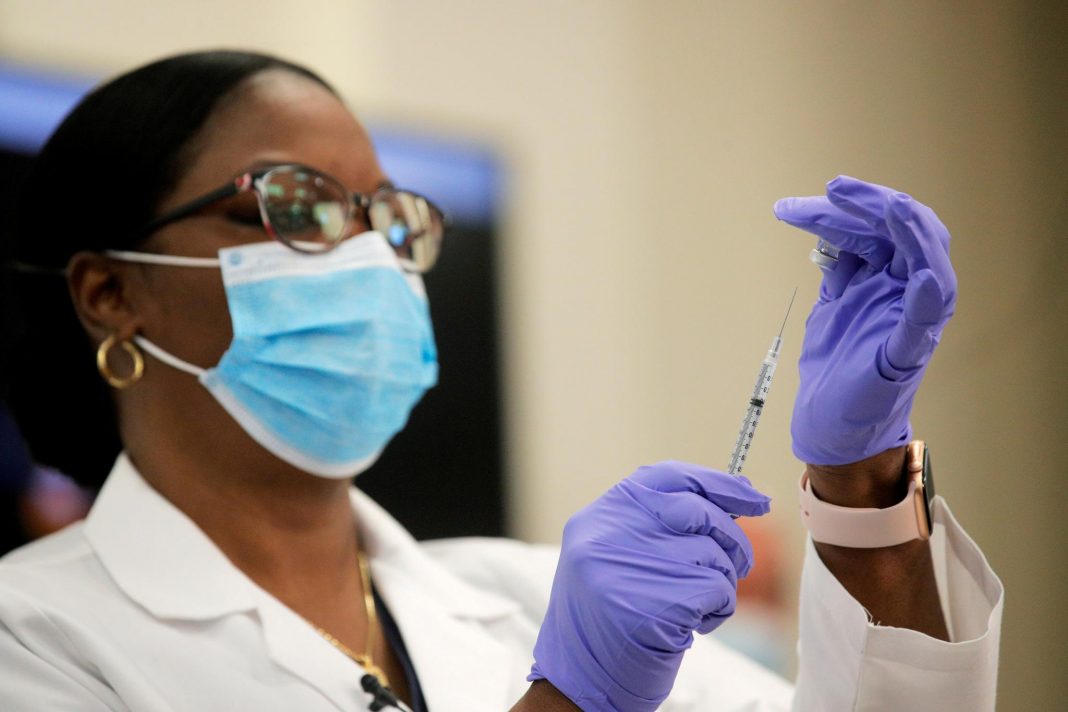 The world is on the brink of “catastrophic moral failure” in sharing COVID-19 vaccines, the head of the World Health Organization said, urging countries and manufacturers to spread doses more fairly.

– France is on track to reach its target of vaccinating 1 million people by the end of January and has enough doses to increase the total to 2.4 million by the end of February.

– Russia plans to vaccinate more than 20 million people in the first quarter of this year, deputy prime minister said.

– Britain’s vaccine rollout is limited by a “lumpy” manufacturing process with production changes by Pfizer and a delay by AstraZeneca that could lead to brief supply disruption, vaccine deployment minister said.

– Germany’s health minister said new measures would be needed to slow the spread of new, more infectious variants of the virus, including more health checks for cross-border commuters and intensified gene sequencing of virus samples.

– Austria, Greece and Denmark will jointly pressure the European Medicines Agency to approve AstraZeneca’s vaccine as quickly as possible.

– Health authorities quarantined two hotels and closed ski schools in the Swiss resort of St Moritz to try to curb an outbreak of a highly infectious coronavirus variant.

– Japan’s prime minister vowed to forge ahead with preparations to hold the Tokyo Olympics this summer, in the face of growing public opposition.

China reported more than 100 new cases for the sixth consecutive day, with rising infections in the northeast fuelling concern of another wave when hundreds of millions of people travel for the Lunar New Year holiday.

– Singapore urged workers at its national airline to help make it the world’s first carrier with all staff vaccinated against COVID-19.

– Two private hospitals in Thailand have ordered millions of doses of vaccines ahead of regulatory approval, adding to government orders of vaccines.

– Australia may not fully reopen its international borders this year even if most of the population is vaccinated against COVID-19, the head of its health department said as the country recorded zero local cases.

– Problems mounted ahead of the Australian Open tennis tournament as more players were forced into hard quarantine.

– U.S. President-elect Joe Biden’s goal of delivering 100 million doses of COVID-19 vaccine within the first 100 days of his presidency “is absolutely a doable thing”, Anthony Fauci, director of the National Institute of Allergy and Infectious Diseases, said on Sunday.

– Brazil’s federal government will distribute all vaccine doses it has available to the states on Monday afternoon, a day after approving emergency use of vaccines from China’s Sinovac Biotech and Britain’s AstraZeneca.

– South Africa, which has yet to receive its first coronavirus vaccine, has been promised 9 million doses by Johnson & Johnson, the Business Day newspaper reported.

– Ghana’s infection rates are skyrocketing and include variants of the virus not before seen in the country, filling treatment centres and threatening to overwhelm the health system, its president said on Sunday.

– Germany’s health minister urged Pfizer to stick to its commitments on delivery volumes and dates after the company announced a temporary reduction in deliveries.

– Global stock markets sank as soaring COVID-19 cases offset investor hopes of a quick economic recovery, while the Chinese economy posted a better-than-expected rebound in the fourth quarter of 2020. [MKTS/GLOB]

China’s crypto boom is expected to be less ‘fragmented’ as government...