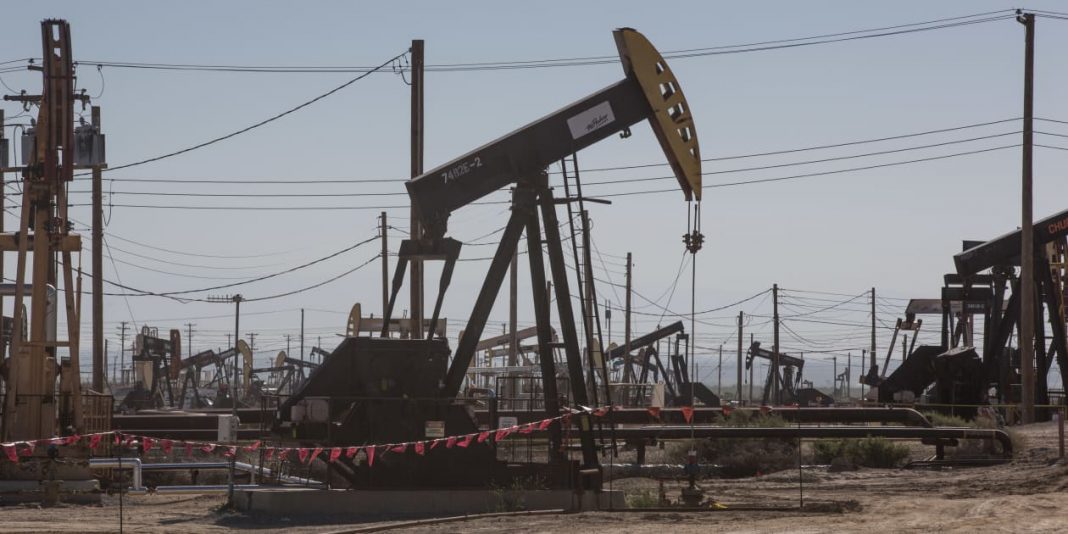 Yergin, vice-chairman at IHS Markit, told CNBC on Friday that a lot hinges on how effective the coronavirus vaccines are, and whether the number of Covid-19 cases continue to surge.

In addition to the stimulus package, two factors have also fueled optimism, Yergin said. “There are two other things that are going with it … one is of course, vaccinations — in the sense that eventually this crisis is going to end, and maybe by the spring, lockdowns will be over.”

“The other thing is what Saudi Arabia did. This is the third time Saudi Arabia has made a sudden change in policy in less than a year, and this one was to announce (the) 1 million barrel a day cut — partly because they are worried about the impact of the surge in virus that’s occurring,” he said.

If the vaccines were not as effective as thought, then you’d be back in weaker demand, and that would show up in price.

OPEC members and their non-OPEC allies, an alliance referred to as OPEC+, cut oil production by a record amount in 2020. They did so in an effort to support prices, as Covid-19 restrictions worldwide and the subsequent plunge in air travel led to a fuel demand shock.

Saudi Arabia, the world’s largest oil exporter, has since said it plans to cut output by an extra 1 million barrels per day in February and March to stop inventories from building up.

Yergin said both the vaccine rollout and the supply cuts have come together to “carry oil prices out of what I was calling the virus alley and looking to recover in 2021.”

Oil prices are currently on pace for their third consecutive week of gains. U.S. crude was at $53.08 on Friday during Asia time, up from above $48 per barrel end December, while Brent crude was at $55.69 on Friday, as compared to above $51 end December.

In a report on Thursday, it said its 2021 forecast assumes “a healthy recovery in economic activities including industrial production, an improving labour market and higher vehicle sales than in 2020.”

Yergin, however, cautioned that oil demand would depend on how the virus situation develops.

If the coronavirus surge continues and “if the vaccines were not as effective as thought, then you’d be back in weaker demand, and that would show up in price,” he told CNBC’s “Squawk Box Asia” on Friday. “But clearly there is optimism in the oil price.”

The time has come for the “second revolution” for U.S. shale producers, Yergin said. The industry’s drilling boom had catapulted America to the position of the world’s largest oil producer in 2018.

“This is the second revolution for shale, which is to give money back to investors. (They’re) in better shape to do that. Now you’ll see consolidation, you’ll see continued effort to bring down the cost,” he said.

“So I think we will see U.S. shale start to creep up again in production in the second half of this year,” he said, adding the caveat that there are no negative coronavirus scenarios.

Still, it is still unclear what Biden’s energy policies could mean for the U.S. shale industry.

In December, U.S. Energy Secretary Dan Brouillette warned that U.S. shale producers should be worried about a “very aggressive” climate policy that will happen with the incoming Biden administration.

Biden may not ban fracking, the fossil fuel extraction process by which shale gas is produced — but he would aim to significantly stifle it with regulation, many analysts say.

Goldman sees zero earnings growth for US companies this year because...