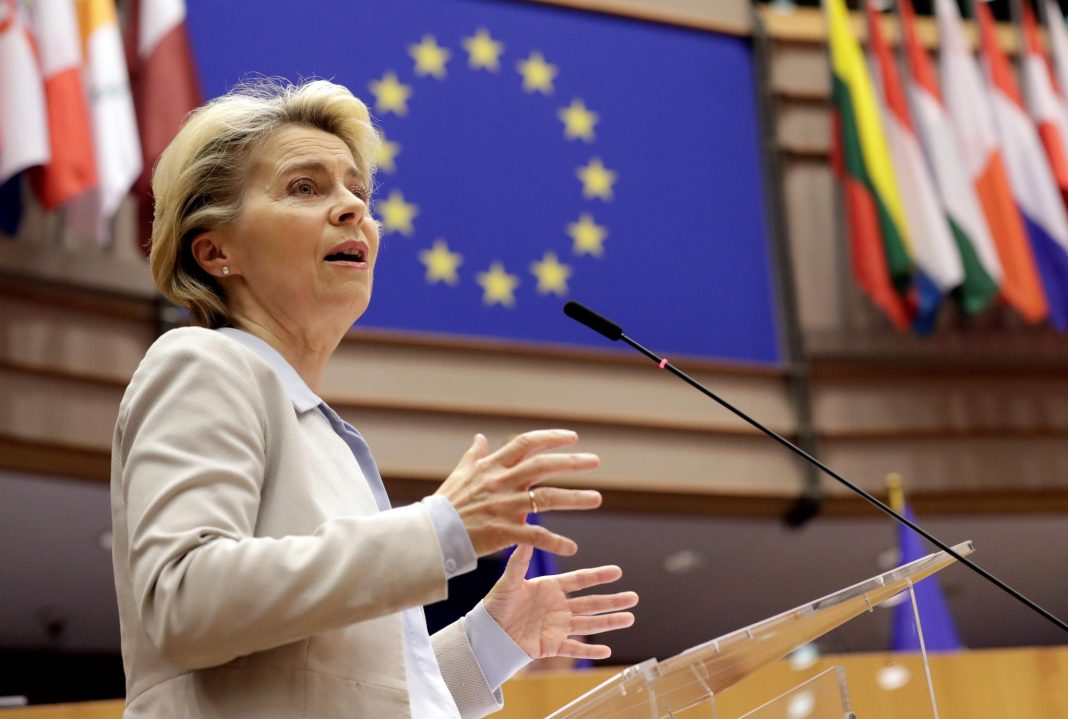 Britain and the European Union moved closer to sealing a new trade deal but it was still not clear if they would succeed, the bloc’s chief executive said on Wednesday.

Britain and the EU are in the final stretch of talks to keep an estimated one trillion dollars of annual trade free of tariffs and quotas beyond Dec. 31, when the United Kingdom finally transitions out of the world’s largest trading bloc.

“I cannot tell you whether there will be a deal or not. But I can tell you that there is a path to an agreement now. The path may be very narrow but it is there,” European Commission President Ursula von der Leyen told the European Parliament.

Her relatively upbeat comments on the long-running Brexit crisis helped nudge sterling upwards, though she said two issues were still not solved.

“We have found a way forward on most issues but two issues still remain outstanding: the level playing field and fisheries,” she said. “Issues linked to governance now have largely been resolved. The next days are going to be decisive.”

The level playing field refers to EU insistence that Britain does not undercut it on environmental, labour and social standards, as well as state aid, while governance covers the resolution of disputes.

An EU official told Reuters the bloc had rejected Britain’s offer of phased access to its waters over three years by EU fishing vessels and the sides were “an ocean apart” on the issue.

Von der Leyen said a “big step forward” had been agreed which would “ensure that our common high labour, social and environmental standards will not be undercut”.

“Difficulties still remain on the question of how to really future-proof fair competition,” she said, in a reference to what EU sources described as disagreements over defining and agreeing on ways to remedy competitive distortions.

Asked to comment on von der Leyen’s remarks, a British official said: “We’ve made some progress, but we are still very far apart in key areas. Still not there.”

Britain formally left the EU on Jan. 31 but has been in a transition period since then under which rules on trade, travel and business remain unchanged. It finally exits the bloc’s single market and customs union on Dec. 31.

The EU has said a deal could be finalised in as little as 48 hours if Prime Minister Boris Johnson agrees to what the bloc says are inevitable trade-offs for Britain to retain its current open access to the EU market of 450 million consumers.

But Johnson’s election manifesto focused on delivering Brexit by “taking back control”, or regaining sovereignty through a clean break from EU rules. London has repeatedly said it will not seal a deal that fails to deliver on that promise.

Failure to agree a deal would erect trade barriers between the EU and Britain, snarl borders, send shockwaves through financial markets and cause chaos in supply chains across Europe as it struggles with COVID-19.

Stocks down, safe havens up on China virus worries