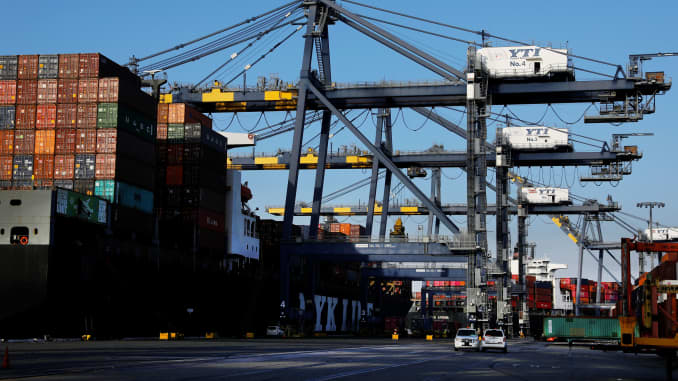 U.S. import prices rebounded less than expected in November as an increase in the cost of petroleum products was offset by cheaper food and motor vehicles, supporting views that inflation could remain moderate amid a resurgence in new Covid-19 infections and rising unemployment.

The Labor Department said on Tuesday import prices edged up 0.1% last month after dipping 0.1% in October. Economists polled by Reuters had forecast import prices, which exclude tariffs, advancing 0.3% in November

In the 12 months through November, import prices decreased 1.0% after falling by the same margin in October.

Import prices have remained weak even as the dollar has depreciated about 7.4% versus the currencies of the United States’ main trade partners since April.

Government data last week showed marginal increases in consumer and producer prices in November. Though the coronavirus pandemic has boosted prices of some goods because of supply and production constraints, it has weighed on services, leading to overall benign inflation.

The flare-up in coronavirus infections has led to renewed business restrictions and a rise in layoffs.

Imported food prices dropped by 2.2% last month. The cost of goods imported from China ticked up 0.1% after being unchanged in each of the last two months. In November, prices for imported capital goods gained 0.1%. The cost of imported motor vehicles eased 0.1%. Prices for consumer goods excluding autos were flat.

Prices for agricultural exports advanced 3.7% in November, the largest increase since December 2018. They were boosted by a 7.6% surge in the prices for both soybeans and corn. There were also increases in the prices for dairy products and eggs, vegetables, wheat, fruit, meat, and cotton.