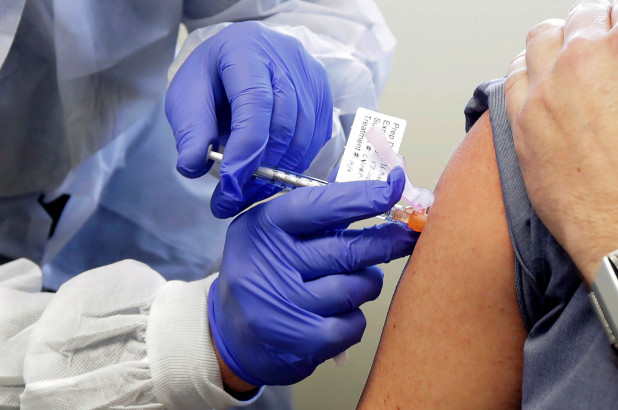 A Siena poll shows that nearly a quarter of New Yorkers say they “probably won’t” or “definitely won’t” get an FDA-approved COVID-19 vaccine. Blame longstanding anti-vax hysteria — but also more recent, and more disgraceful, fearmongering by the likes of Gov. Cuomo.

Modern anti-vaxers got a seeming scientific seal of approval in a 1998 article in the British medical journal Lancet, which linked the MMR vaccine to autism. The claim has been debunked repeatedly, and Lancet officially retracted it a decade ago; the researchers didn’t randomly select the kids in the “study,” and lawyers suing vaccine makers helped fund the “research.”

But the conspiracy theory has been pushed relentlessly by C-list celebrity cranks such as Jenny McCarthy and Robert Kennedy Jr., and speaks to a basic human suspicion that science can have monstrous side effects. (Plus, autism starts to show at about the age that children get some vaccines.)

Sadly, Cuomo joined the crank ranks this year, repeatedly insisting that he doesn’t trust the Food and Drug Administration and Centers for Disease Control to approve a safe and effective vaccine under President Trump’s watch. Further fueling fears, he’s also denounced the plans for vaccine distribution as effectively racist — even as he has also skipped over a dozen meetings with the White House’s coronavirus task force and turned down a face-to-face with Health Secretary Alex Azar.

Worse yet, our next president and his running-mate sowed more distrust. Sen. Kamala Harris said she would refuse to get a vaccine if Trump told her to, saying that she trusts scientists but worries that Trump would stifle expert opinions to rush a vaccine. And Joe Biden has repeatedly expressed doubt in Operation Warp Speed, the successful federal effort to foster rapid vaccine development — again simply because it launched under Trump.

Lots of Americans needed no encouragement to indulge in anti-Trump hysteria: In an August survey from STAT and the Harris Poll, 78 percent of Americans reported concern that the COVID-19 vaccine would be more influenced by politics than science.

But Cuomo, Biden and Harris didn’t have to feed the baseless fears in so vital a case: The professionals in Warp Speed — and at the CDC and FDA — deserve better, as do all the people who could suffer if the pandemic is prolonged because not enough people are vaccinated.

We are so close to beating the virus that has killed hundreds of thousands of Americans and ravaged the nation for most of a year. At least three vaccines are producing safe and effective results in clinical trials, with two of them likely to begin distribution before New Year’s.

But an estimated 70 percent of the public needs to be vaccinated to slow transmission to a crawl even as life returns to normal. Basic human decency requires Cuomo, Harris and Biden to retract their fearmongering. Getting Americans to do the right thing for everyone, so a full recovery can begin, is a fundamental of leadership.