Home Opinions A crash in the stock market would be Democrats last-ditch effort to... 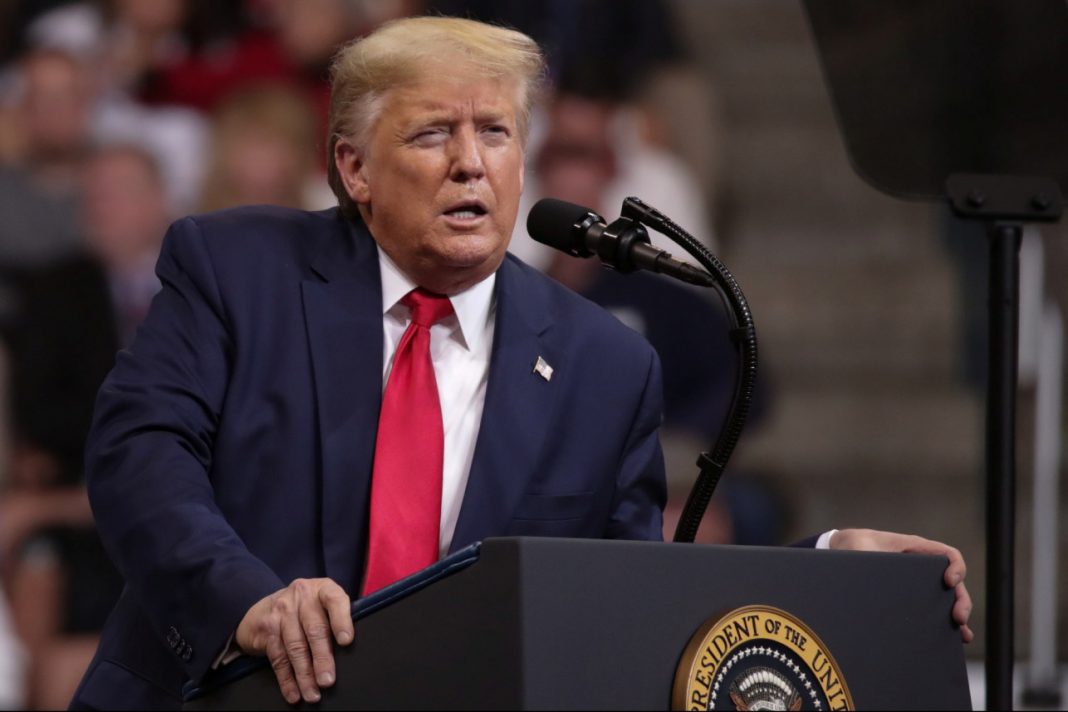 Impeachment didn’t work. And neither did spying on the president, which got them to impeachment but not to removal from office.

The Russian investigation flamed out. And removing Trump through the 25th Amendment — claiming he is unfit for office — was a non-starter.

Even the hope that a recession will hit before the election is not only fading, but is now a damn-near technical impossibility.

The Democrats need something

So what can they try next to make that something happen? With all else failing, there is only one thing big enough that might make people turn against Trump: a crash in the stock market.

It won’t work for a variety of reasons that I’ll get to in a minute. But hear me out as to why this might end up being the Democrats’ last-ditch effort.

The stock market is in an obvious bubble caused by years and years of easy monetary policy by the Federal Reserve, which is too scared to allow interest rates to rise.

People have become accustomed to the market only going up. Even a normal 10 percent or 20 percent correction in stock prices would scare the hell out of Americans.

So why wouldn’t the Democrats go after the vulnerable market? Well, they already might be.

Last week, Democratic senators, including Ohio’s Sherrod Brown, sent a letter to Fed Chairman Jerome Powell asking questions about his bank’s recent massive repurchase (repo) agreements. Powell is scheduled to testify before the Senate Banking Committee this week, and Brown is the ranking Democrat on that committee.

Even a Republican senator is pestering the Fed about its balance sheet, which is ballooning because of the repos it has done recently and all the quantitative easing government securities-buying it did in the past decade.

Rick Scott, a Republican from Florida, contacted Powell because of his concern that the Fed’s balance sheet is growing rapidly owing to the repos. “As we discussed, I am deeply concerned about the growing size of the Federal Reserve’s balance sheet,” Scott said in the beginning of the letter, referring to a meeting he had with Powell last Nov. 13.

The actions of the Fed are causing legitimate concern. I’ve been pounding the table about the fear of inflation because of all the money the Fed is printing.

So here’s an instance where political motivations on the part of the Democrats are actually aligning with the reasonable concerns of others. All those other attacks on Trump have only been politically inspired; an attack on the Fed actions and the results wouldn’t be.

In case you don’t understand how much control the Fed has over the stock market, all you have to do is look at how stock prices fell late in 2018 when the Powell indicated he would be raising borrowing costs the following year.

For all of ’18, the Dow Jones industrial average was down a modest 6 percent. But the Dow was down a much more substantial 14 percent in the fourth quarter of 2018 because the Fed was telling the world that interest rates would be going up in ’19.

The stock market’s very sour reaction apparently caused Powell to change his mind, and borrowing costs were cut instead last year. And that caused stock prices to boom some more.

So why wouldn’t a drop in stock prices hurt Trump?

For one thing, the impeachment has given the president something to blame for any drop in economic activity that might hurt stocks. And the coronavirus that everyone is worried about gives him excuse No. 2 if things go wrong.

And Trump’s criticism of the Fed for keeping interest rates too high gives him a third scapegoat, even though the president is ignoring everything else the Fed has done in inflating the stock market bubble.

Then there’s the recession that isn’t going to happen.

January’s jobs report Feb. 7 showed the economy is still decent, even though the Chinese virus could trim some of this quarter’s nearly 2.5 percent or so growth.

But for it to be officially called a recession, there needs to be two consecutive quarters of economic contraction. And even then, recessions are only officially declared in retrospect. So Trump’s safe from that problem in November.

It’s going to take something big to make Americans miserable right now. And while most people aren’t invested heavily in stocks, the blaring headlines that the press will deliver if the stock market craps out will get into voters’ heads, whether they are investors or not.

The Labor Department’s benchmark revision on job growth showed that there were 520,000 fewer new jobs than previously reported for the period of March 2018 through March 2019.

That essentially wipes out two whole months of job growth.

It’s lucky the media doesn’t know about this or they could have used it to bash the president.

There was one other notable thing in the January employment report.

The news that a much-better- than-expected 225,000 jobs were created in January was cheered. But that number would have been much larger if the Labor Department hadn’t changed the seasonal adjustments it used in January 2019.

Without that change, job growth would have been over 350,000.

UK election 2019: This is where each party stands on young...