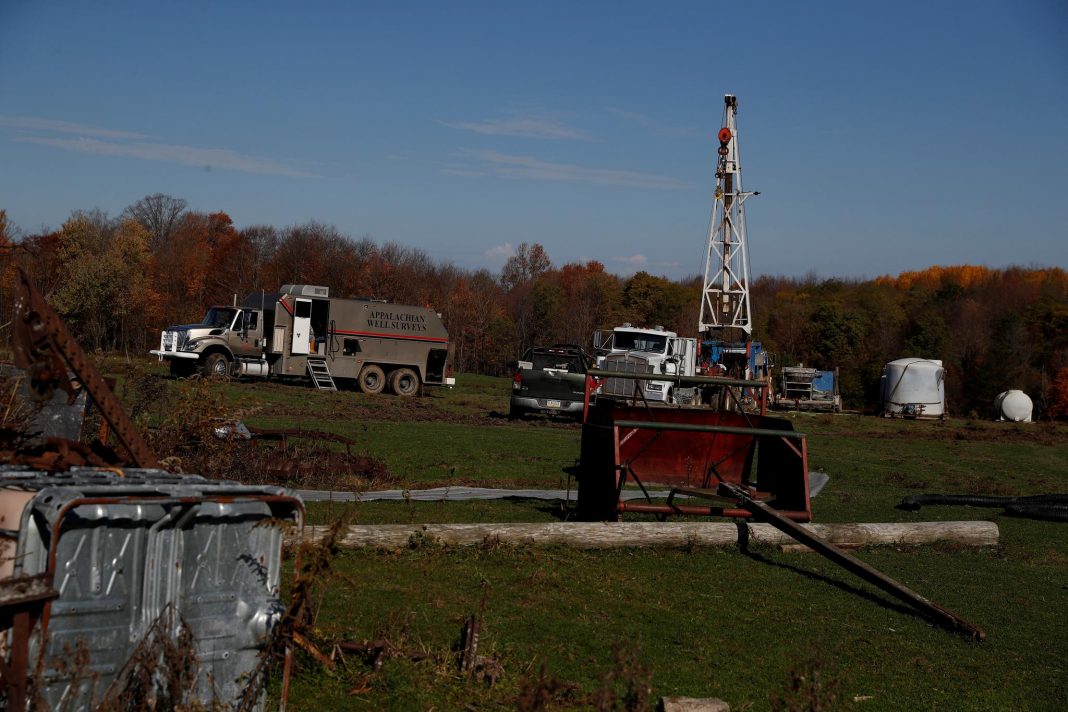 Shale producers are increasing spending on natural gas, a change from the past, amid forecasts for a 45% jump in gas prices next year compared to a 15% gain for Brent prices. The shift is a reminder to the Organization of the Petroleum Exporting Countries meeting this week how shale moves quickly in response to price. The OPEC group is considering whether to ease oil output curbs from Jan. 1.

The largest U.S. shale oil producer, EOG Resources, this month said next year it will start selling gas from 15 new wells from a newly discovered field holding 21 trillion cubic feet of gas. Continental Resources recently shifted drilling rigs to gas from oil in Oklahoma. Apache Corp this month said it plans to complete three Texas wells after lifting its third-quarter U.S. gas production by 15% over the second quarter and 6% over the same period last year.

“Demand has remained pretty robust. Supply has been starved for capital,” said Christopher Kalnin, chief executive of Denver-based Banpu Kalnin Ventures, which last month closed a deal to acquire Devon Energy natural gas assets. Banpu Kalnin has hedged about 65% of its gas production for next year.

The number of U.S. rigs drilling for natural gas, an indicator of future output, has climbed 13% to 77 since July. About a quarter of all active U.S. rigs are drilling for gas, up from 16% last year, according to services firm Baker Hughes.

In the Haynesville gas field that spans Louisiana and Texas, the number of working rigs is up 25% since July. Rigs also are up 8% in the Marcellus, the top U.S. gas field.

Helping drive the improved outlook is expanding U.S. liquefied natural gas (LNG) shipments. This month, LNG exports rose above pre-COVID-19 levels and could average 8.4 billion cubic feet per day in 2021, a 31% increase from 2020, according to the latest U.S. Energy Information Administration forecast.

Producers have doubled their natural gas hedges since March, locking in prices for future output. They have hedged 53% of next year’s gas volumes compared with 43% of their oil, according to finance services firm Raymond James.

Natural gas “has not been hit as hard as crude,” by the COVID-19 pandemic, said Bernadette Johnson, a vice president at data provider Enverus. “For those that have some diversity in their assets, it can help them weather the storm.”

EOG’s gas wells at its new field are as profitable as its best oil wells. Future drilling there after 2021 will be “based on market conditions,” said Executive Vice President Ken Boedeker.

Gas prices are benefiting in part from oil drilling cutbacks that reduced associated gas, or gas produced as a byproduct of oil output. The decline in associated gas has led to the current gas-price rally, said Eugene Kim, analyst at consultancy Wood Mackenzie.

The price rally has boosted shares of natural gas-focused shale producers. Range Resources is up about 65% this year, EQT by 48% and Southwestern Energy Co has climbed more than third. In contrast, the SPDR S&P Oil & Gas Exploration & Production ETF is down 39% through Friday.