Home Opinions A vaccine miracle — if Democrats and the media don’t screw things... 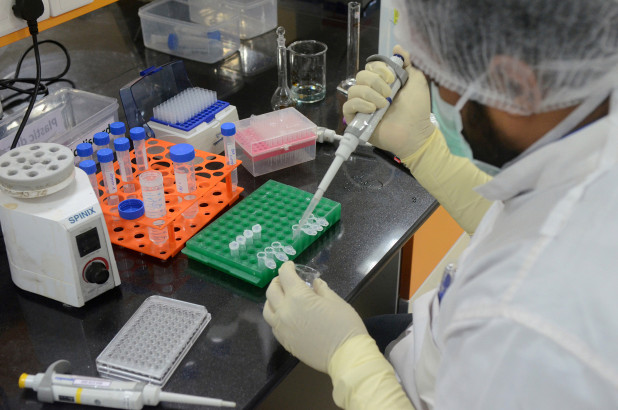 ‘Herd immunity” and a return to normalcy by May: That’s an awesome projection from a professional source, Dr. Moncef Slaoui, a top Operation Warp Speed adviser.

On the Sunday shows, Slaoui consistently said 70 percent of Americans should be vaccinated within six months. And that, he explained, means that transmission of the virus would fall through the floor, even as everyone resumes their normal lives.

That assumes that the two “finished” vaccines get OKs by the Food and Drug Administration this month, and that production and distribution don’t somehow get screwed up.

And, sigh, that irresponsible politicization doesn’t interfere. As Slaoui noted, all the Warp Speed work to set up vaccine distribution has been “isolated from the administration, from the political environment and the political context. We work very hard to make sure that’s the case. And, therefore, all the decisions are made, the train is running.”

He didn’t single out naysayers like Gov. Andrew Cuomo, who’s been irresponsibly attacking the distribution plans, pretending they’re somehow tainted by the mere existence of President Trump and ignoring the fact that state health departments have a huge say in who gets the vaccine when.

Then again, anti-Trump prejudice has been a factor from the start. All the way back in May, after Trump announced that a vaccine by year’s end was a real possibility, the usual media suspects dumped cold water on the idea. One NBC story that month, for example, insisted, “Experts say that the development, testing and production of a vaccine for the public is still at least 12 to 18 months off, and that anything less would be a medical miracle.”

In fact, the president pushed relentlessly for results — getting unprecedented funding for the effort, and kicking bureaucrats who normally would’ve stood in the way.

Oh, and bringing in nonpolitical experts such as Slaoui, the former vaccine chief for pharma giant GlaxoSmithKline, and four-star US Army Gen. Gustave Perna, a logistics specialist, to lead the effort.

There’s your miracle, media and the Democrats. Don’t stand in the way now.