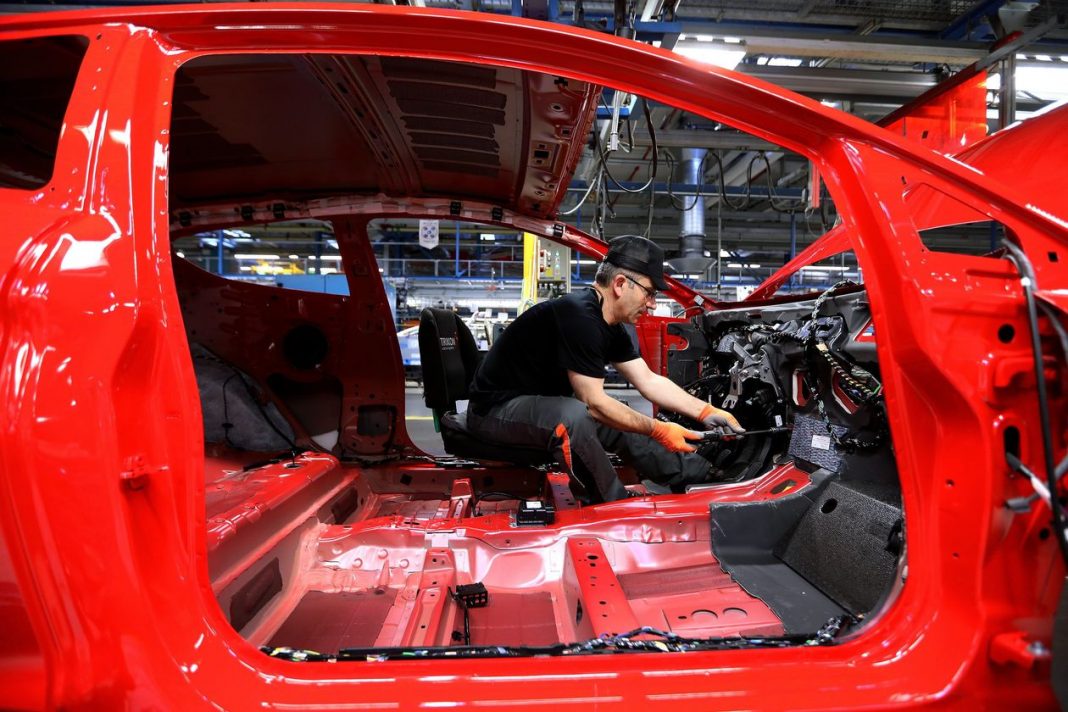 Business activity continued to slow around the world headed into the fall, with the U.S. showing signs of tepid growth, an indication that a wave of interest-rate cuts by leading central banks over recent months has yet to turn sluggish economies around.

The decline in durable goods orders was due in part to a sizable drop in orders for transportation equipment, reflecting the strike at General Motors and the continued grounding of Boeing’s 737 MAX airplane.

A private survey of business activity separately indicated a slight uptick in U.S. business activity in October, up from earlier lows, though data firm IHS Markit said the overall outlook remained subdued, as new work at the businesses surveyed fell to the lowest pace since October 2009.

The U.S. survey data and “a near-stalling of new order growth to the lowest for a decade suggests that risks are tilted toward growth remaining below trend in coming months,” said Chris Williamson, chief business economist at IHS Markit.

Meanwhile, business activity in the eurozone was close to stagnation in October, while it declined in Japan.

Around the world, factories have been hit by rising tariffs and slowing investment spending as businesses opt to wait out a lengthening period of unusually high uncertainty about future trade relations between the world’s leading economies. Caterpillar Inc., a maker of construction and mining equipment, Wednesday cut its profit forecast for this year, saying that global economic uncertainty is prompting customers to hold off on big purchases.

Those broader problems have been compounded by turbulence in the automobile industry, which faces more strict emissions standards and signs of saturation in some key markets.

The September U.S. figures for durable goods reflected these trends.

Orders for durable goods—products designed to last at least three years—decreased 1.1% in September from the previous month. The transportation sector factored heavily in the decline, with orders for auto vehicles and parts falling 1.6% and orders for commercial aircraft declining 11.8%.

New orders for nondefense capital goods excluding aircraft—a closely watched proxy for business investment—fell 0.5% in September from August, to $68.6 billion, following a 0.6% decrease in August and a flat reading in July. Orders declined 0.8% in September from the previous year.

“Today’s data point to continued weakness in business fixed investment, no doubt, due in part to the uncertainty arising from U.S.-China trade tensions in September,” Barclays economists Jonathan Millar and Pooja Sriram wrote in a note to clients.

The October IHS Markit composite U.S. purchasing managers index was 51.2, up from 51 the prior month. A measure above 50 indicates growth in business activity, while a measure below 50 indicates contraction.

Central banks have responded to weaker manufacturing output by cutting their key interest rates, with those of Indonesia and Turkey the latest to move Thursday. The U.S. Federal Reserve has taken the lead in providing fresh stimulus to growth, cutting its key interest rate in July and again in September. It is expected to do so again when policy makers meet next week.

But their actions in 2020 will largely be determined by whether they succeed in preventing the slowdown from spreading to the services sector, which is much larger.

Surveys of U.S. purchasing managers showed steady services activity and an increase in manufacturing headed into the fourth quarter, an outlook that is better than the eurozone and Japan.

The eurozone surveys indicated that the manufacturing contraction continued while the services sector teetered on the brink of stagnation. But there also were signs that the slowdown may soon spread to services that are offered to consumers rather than businesses.

“Until two months ago we could say the services sector was resilient, but now we can see the PMI for services declining sharply,” European Central Bank President Mario Draghi said Thursday, expressing concerns that the eurozone slowdown has spread beyond manufacturing.

Similar surveys for Japan also released Thursday pointed to a fresh decline in activity during October, with the manufacturing sector contracting for the sixth straight month. However, IHS Markit said that weakness may reflect a rise in the sales tax at the start of the month, and a typhoon that caused widespread disruption, including the cancellation of games during rugby’s World Cup.

Most large economies have yet to release economic growth figures for the third quarter, but those readings that are available suggest activity slowed. South Korea is Asia’s fourth-largest economy, and its central bank Thursday said economic growth more than halved in the three months through September from the previous quarter as exports stalled and investment spending fell. That followed figures from China last week that showed the world’s second-largest economy slowed again in the third quarter.