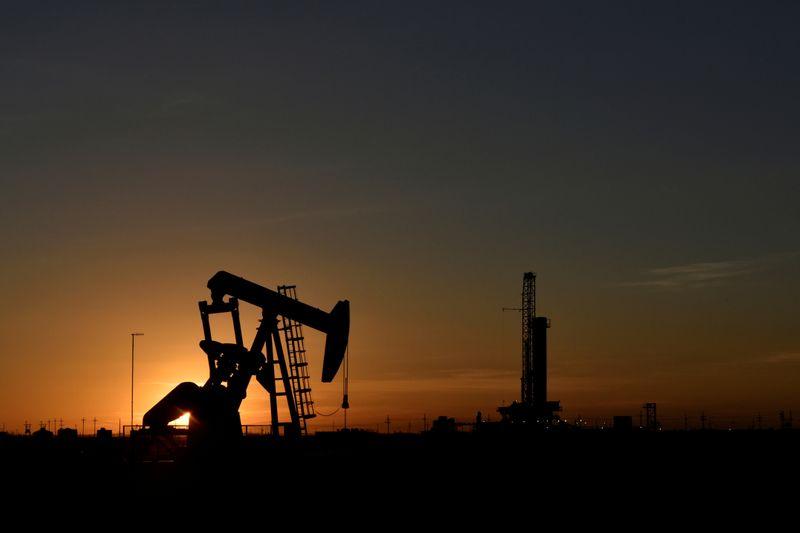 Oil prices fell more than 3% on Monday on worries that widening coronavirus lockdowns across Europe will weaken fuel demand, and as traders braced for turbulence during the U.S. presidential election week.

Brent fell as much as 5.8% and WTI as much as 6% in early trade, hitting their lowest since May.

Countries across Europe have reimposed lockdown measures to try to slow COVID-19 infection rates that have accelerated in the past month.

“A lot of traders are now looking at the U.S. and their rising infection rates and wondering if Europe is providing the model for what will happen in the U.S. in the coming weeks,” Michael McCarthy, chief market strategist at CMC Markets in Sydney said.

Oil pared some losses after Japan’s export orders grew for the first time in two years and China’s factory activity rose to near-decade high in October. More manufacturing surveys are expected from the eurozone and the United States later in the day.[nL4N2HL2VR]

Still, concerns about weakening demand and rising supplies from OPEC and the United States caused oil prices to fall for a second straight month in October, with WTI falling 11% and Brent 8.5%.

Rising supplies from Libya and Iraq, members of the Organization of the Petroleum Exporting Countries (OPEC), offset production cuts by other OPEC members and caused the group’s output to rise for a fourth month in October, a Reuters survey showed.

OPEC and their allies including Russia, a group known as OPEC+, are cutting output by about 7.7 million barrels per day (bpd) to support prices.

OPEC+ is scheduled to hold a policy meeting over Nov. 30 and Dec. 1 and is likely to delay a planned 2 million bpd production ramp-up past January, Goldman Sachs analysts said in a note.

Oil demand is outpacing supply by 2.5 million barrels per day (bpd) and that deficit will likely remain this winter as consumption for heating and emerging markets is set to rise by about 1.5 million bpd, offsetting the hit from European lockdowns, Goldman Sachs said.

Delaying the output ramp-up would help secure a large deficit through the first quarter of next year and the rest of 2021, they said.

In the United States, the total oil and natural gas rig count rose in October for a third straight month, according to Baker Hughes data.

A tighter race in the lead up to the U.S. Election Day and potential electoral uncertainty raised investors’ caution in global markets.

“The most immediate concern for markets is that political paralysis will delay or diminish a fiscal response to the deteriorating coronavirus situation,” CMC’s McCarthy said.