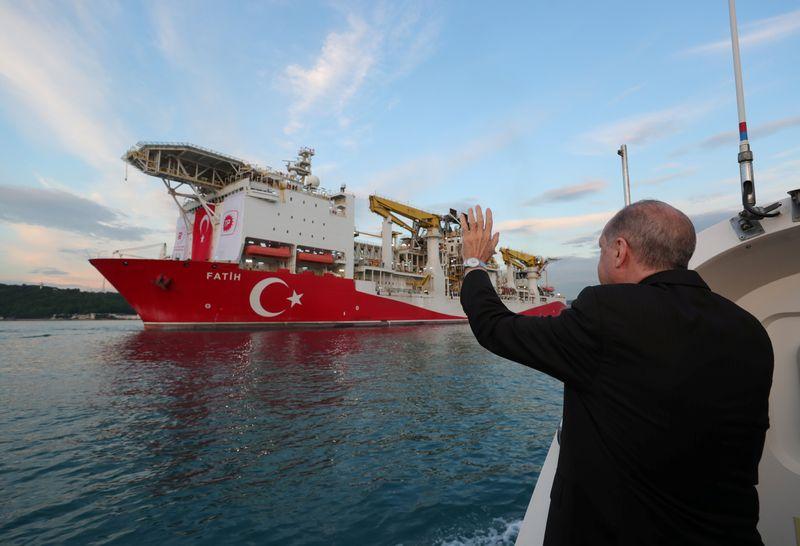 Turkish President Tayyip Erdogan said on Wednesday he will announce the total size of gas reserves found in the country’s largest-ever discovery when he visits a drill ship in the Black Sea on Saturday.

He said at the time it was part of even bigger reserves and could come on stream as soon as 2023. If the gas can be commercially extracted, it could lessen Turkey’s dependence on Russia, Iran and Azerbaijan for energy imports.

“On Saturday we will go to the Fatih drill ship and announce the new reserve amount,” Erdogan said in a speech to his ruling AK Party lawmakers in parliament.

He also said another Turkish drill ship, Kanuni, had set off towards the Black Sea to begin operations there. It was not clear whether Kanuni would work in the same field as Fatih.

One source close to the matter said the first gas flow from the Black Sea, in what has been named the Sakarya gas field, was planned for January 2023 with annual gas flow of 15 bcm envisaged from 2025.

The current expectation was that an additional 80 bcm of reserves will be announced, but the result of two more important layers are also set to be announced, the source said.

“It is anticipated that there will be a very serious find there. There are many new areas which have been identified in the Black Sea,” he said.

Before Erdogan’s announcement in August, one Turkish source said the expected reserve in the field was 800 billion cubic metres, meeting some 20 years of Turkey’s needs.

Any reduction in Turkey’s energy import bill, which stood at $41 billion last year, would boost government finances and help ease a chronic current account deficit which has helped drive the lira to record lows against the dollar.