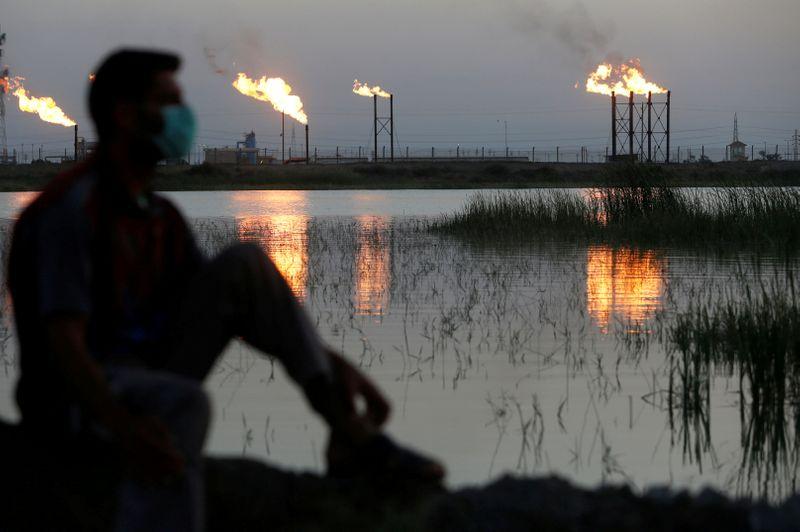 Oil prices rose on Tuesday, recovering some ground from falls of nearly 3% in the previous session, drawing support from robust China data, although concerns about supply resumption in Norway, the U.S. Gulf of Mexico and Libya still weighed on the market.

Oil prices remained under pressure, however, from worries about the return of supplies, while resurgent COVID-19 infections in the U.S. Midwest and Europe raised doubts about fuel demand growth, posing a challenge for the Organization of the Petroleum Exporting Countries and its allies, together called OPEC+.

Workers have been returning to U.S. Gulf of Mexico platforms after Hurricane Delta and Norwegian workers to offshore rigs there after ending a strike, while OPEC member Libya on Sunday lifted force majeure at its Sharara oilfield.

OPEC+ has curbed supply to help shore up oil prices amid the coronavirus pandemic, with cuts of 7.7 million bpd to hold through December. The grouping’s market panel is due to meet next Monday.

“It won’t be a huge surprise if finally the alliance decides to address the worsening situation and amend its action,” Rystad Energy’s head of oil markets, Bjornar Tonhaugen, said in a note.

OPEC+, or at least Saudi Arabia, may be reconsidering a plan to relax the output cuts in January to 5.8 million bpd, from 7.7 million bpd, ING analysts said.

The International Energy Agency (IEA) – which advises Western governments on energy policy – said in its newly released annual World Energy Outlook that in its median scenario a vaccine and therapeutics could mean the global economy rebounds in 2021 and energy demand recovers by 2023.

But under a “delayed recovery scenario”, the timeline is pushed back two years, it said.

Stoking further worries about fuel demand, lockdown curbs were being tightened in Britain and the Czech Republic to battle rising cases of COVID-19, and French Prime Minister Jean Castex said he could not rule out local lockdowns.