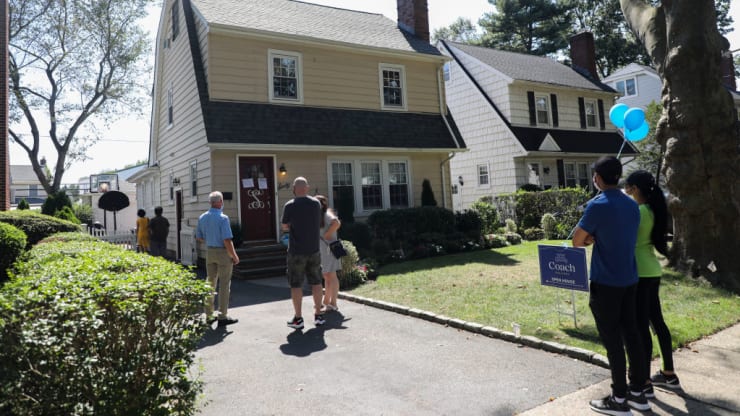 Strong demand from homebuyers in July, coupled with rock-bottom mortgage interest rates, caused home prices to accelerate in major markets across the nation.

Nationally, home values rose 4.8% annually, up from a 4.3% gain in June, according to the S&P CoreLogic Case-Shiller U.S. National Home Price Index.

The 10-City Composite annual increase showed a 3.3% gain, up from 2.8% in the previous month. The 20-City Composite rose 3.9% annually, up from 3.5% in June. Detroit was not included in the series, due to data collection issues, so it covered just 19 cities.

“In previous months, we’ve noted that a trend of accelerating increases in the National Composite Index began in August 2019. That trend was interrupted in May and June, as price gains decelerated modestly, but now may have resumed,” said Craig Lazzara, managing director and global head of Index Investment Strategy at S&P Dow Jones Indices. “Obviously more data will be required before we can say with confidence that any COVID-related deceleration is behind us.”

This index is actually a three-month running average, so it incorporates prices from May, June and July. More recent data from others points to prices strengthening even more in August.

“Weekly home price data show that sellers are raising asking prices at a double-digit pace, and surprisingly, eager buyers are willing to give them what they’re looking for,” said Danielle Hale, chief economist for realtor.com. “Looking forward, we saw asking prices rise by double digits in August so we expect to see another big jump in next month’s release.”

“The U.S. housing market has been caught up in a ‘perfect storm’ during the COVID-19 pandemic,” said Selma Hepp, deputy chief economist at CoreLogic. “The substantial swing in demand is driven by a need for indoor and outdoor space met by record low mortgage rates and a wave of millennials who were on the verge of buying – all competing for fewer and fewer homes on the market.”